Plot: An ordinary guy suddenly finds himself forced to fight a gladiator-like battle for a dark website that streams the violence for viewers. Miles must fight heavily armed Nix and also save his kidnapped ex-girlfriend. 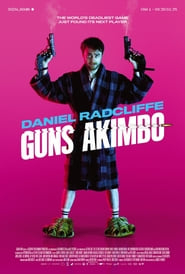 Fk Yeah!! Radcliffe’s next movie looks like a total blast, balls to the wall crazy fun plus it has our lil Aussie girl Samara in it