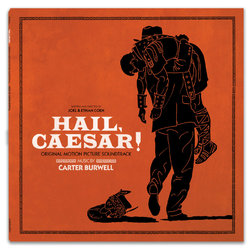 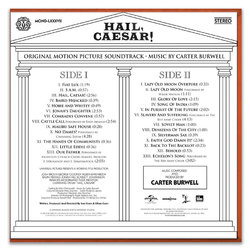 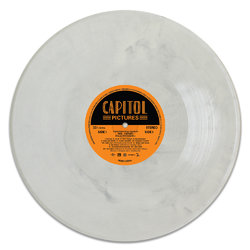 Hail, Caesar! is a absolute delight, and like all of the best Coen brothers films, an intense meditation on a theme that lends itself to repeat viewing and encourages a magnifying glass to spot all of the fine detail within. On the surface, a romp through the golden age of the studio system as seen through the eyes of the fictional version of a real studio "fixer" Eddie Mannix (played by Josh Brolin). But underneath Mannix's journey lies the a Christlike story of a martyr who is seeking religious affirmation, of a man willing to die (figuratively) for the sins of his studio. It's a perfectly constructed film, and of course, as is expected from Coen Brother's films, it's full of lived-in characters with stories you would watch entire narratives about if only you could.

A good part of the magic of this movie comes from the music of Carter Burwell, who dove deep into the period of the film, and the multiple film genres that it explores in each of its many tangents (including a musical number performed by Channing Tatum). Also, drawing heavy on the red-scare, bringing selections performed by the Red Army Choir to add bombast to the scenes with would be antagonists of this story.

Discussing his work on Hail, Caesar!, Burwell says: “The challenge and the fun of composing the score to Hail, Caesar! is that the it contains scenes from many films-in-the-making, and each of those was scored in a manner authentic to the period— basically MGM in the 1950s. There is an Esther Williams water ballet, a Hopalong Cassidy Western, a Roman Christ epic, and all of these are subsumed by a kidnapping mystery, which is itself subsumed by a studio executive’s crisis of faith. Melodies are shared between these bits of bright cloth to tie them together into a whole, and some of the recording was even done on the same stage where the MGM classics were recorded.”
Last edited: Apr 25, 2016
Reactions: comICS-soon

Amazing cover but I really don't like the movie

got my two copies, only problem I found no mark for which is the marble and the black one
Show hidden low quality content

Call Me By Your Name (Peach scented sleeve/color)

Music on Vinyl The Pianist OST by Chopin & Kilar