Hawkeye Series Starring Jeremy Renner in the Works at Disney+ 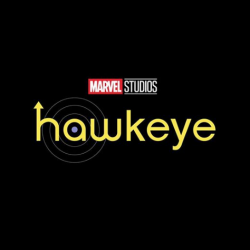 Jeremy Renner’s Hawkeye is the latest member of the Marvel Cinematic Universe to line up his own Disney+ series.

Variety has learned from sources that Disney’s upcoming streaming service is officially developing a limited series based on the archery ace Marvel character with Renner attached to star. The project is said to be an adventure series in which Clint Barton, a.k.a. Hawkeye, will pass the torch to Kate Bishop. Bishop is a Marvel Comics character who took up the Hawkeye mantle after Barton. She is also a member of the group known as the Young Avengers.

Renner has been a part of the MCU since he first appeared as Hawkeye in an uncredited cameo in “Thor.” He has since played the role in “Avengers,” “Avengers: Age of Ultron,” and “Captain America: Civil War.” He will next appear in “Avengers: Endgame,” which hits theaters on April 26. Renner is also known for his Oscar-nominated roles in “The Hurt Locker” and “The Town” as well as films such as “American Hustle,” “Arrival,” and “Wind River.”

As Variety previously reported, there are also Disney+ limited series in the works that will focus on MCU characters like Falcon and Winter Soldier, as well as Loki, Vision, and Scarlet Witch. The series are expected to be six to eight episodes. The series on the Disney+ will be produced by Marvel Studios and Kevin Feige, who has headed up the MCU for years. The shows are also expected to have large budgets compared to other television projects.

Netflix previously had its own Marvel TV universe, consisting of the shows “Daredevil,” “Jessica Jones,” “Luke Cage,” “Iron Fist,” (which all fed into “The Defenders” miniseries) and “The Punisher.” However, with the imminent launch of Disney+, all of those shows have been canceled within the past few months. 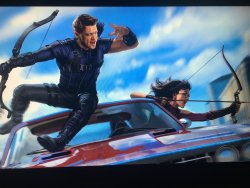 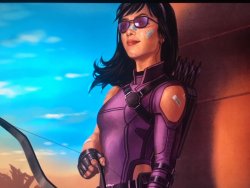 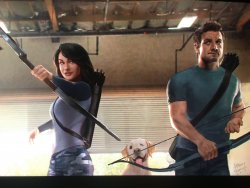 Really enjoying this so far. Thought the first 2 episodes were great!
Reactions: Robles

kaw said:
Really enjoying this so far. Thought the first 2 episodes were great!
Click to expand...

Another good episode this week. Really like that Hailee Steinfeld girl, more good casting from Marvel

Eps 3 was even better then the first two! Top notch.
I remember when they announced an ECHO show I was like... "really? out of all the characters that Marvel has and SHE is getting a series?" But after that episode I can understand why. She is a great character and I can't wait to see more of her.
Show hidden low quality content