Stephen Amell and Alexander Ludwig star in Heels.
Two brothers and rivals – one a villain, or "heel," in the ring; the other a hero, or "face," play out in scripted matches as they war over their late father's wrestling promotion, vying for national attention in small-town Georgia. 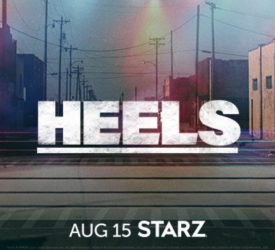