Hunger Games: The Ballad of Songbirds and Snakes - In theaters TBA 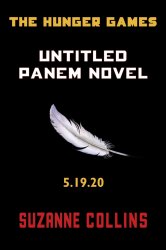 Lionsgate is eyeing a Hunger Games prequel movie as trilogy writer Suzanne Collins has a new novel set for release in May 2020.

"As the proud home of the Hunger Games movies, we can hardly wait for Suzanne’s next book to be published. We’ve been communicating with her during the writing process and we look forward to continuing to work closely with her on the movie,” Joe Drake, chairman of the Lionsgate Motion Picture Group, said Monday in a statement.

A Hunger Games prequel has long been talked about at Lionsgate as a possibility, and the studio earlier licensed the film property to theme parks and live concert tours being built around the movie franchise.
Click to expand...

In the Lost Lands - In theaters TBA

The Season of Passage