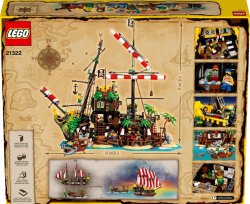 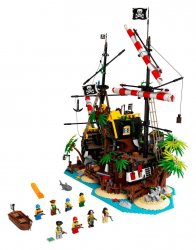 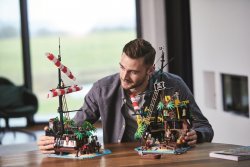 With 2,545-pieces in total, the model contains everything a pirate or LEGO fan needs to create the ultimate shipwreck – including a captain’s quarters, food store and supply dock. LEGO builders can even uncover buried treasure on the island by removing parts of the ship to explore new areas and create new stories. This set also contains 8 Minifigures all based on pirate characters from the classic pirate lines, including the iconic Captain Redbeard, Lady Anchor, Robin Loot and the twins, Port and Starboard, as well as 3 other pirates and 2 skeleton figures and various animals to discover on the island. When builders tire of being stranded at sea, the island can also be reassembled to create Captain Redbeard’s legendary ship, the Black Seas Barracuda. Rebuild the ship to launch a rescue mission to take the ship’s crew back to safety and find the buried treasure.