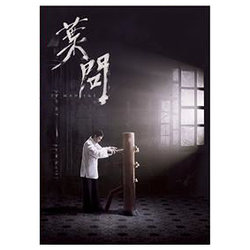 Reactions: anae31, Hatori, dominic and 7 others

@teddyjun what are these titles? I posted at this thread!!! check it again!

Thanks for the tag @PunkNinja, definatly interested in this one!

more they are releasing the more I'll have to pass. Hmm...

I love Ip Man. Finally, another Plain release I'm interested in. Hopefully they release the upcoming third film, too.
Reactions: Chenhao and satanclaus

I think a moderator once said only the first eight people tagged will get notified.

I'm no mathematician, but it looks like you'll have to do about 47 posts or so to tag everyone. Good luck, it'll be fun to read too

So regarding this news: STOP announcing things, Plain Archive, and get to work on the ones already announced!

It looks pathologic: they don't have the capacity to release more than one release per month. So why do they have something like 20 upcoming releases already announced?

EDIT : Assuming they keep releasing one title per month, without skipping any month, they have their plate full for the next 19 months :

And we all know they won't be able to release one per month: The Wrestler was released in March 2014. 20 month later, they have released 12 Plain Archive Exclusives. So, if they do keep that pace, they don't need to announce/release anything else for the next THREE years.

So stop making photo-montages of whatever you're releasing in two years, PA, and get to work on the ones you've announced months ago!

It's fine to take your time and deliver quality products, but you shouldn't announce so many titles (some way more interesting than others) given your slow production pace.

Ernest et Célestine was announced in July 2014 for Pete's sake! And they keep chruning out new projects… that is not professionnal.

Thanks @PunkNinja for the tag but like the ninja above said everything over 8 tags is lost, no one receive a notification sadly

I love both movies, I got the german Steelbook from way back, would love to upgrade

thanks @PunkNinja for the tag

Slipbox The Gentlemen (Blu-ray Slipbox) (The On Plain Edition) [Korea]