‘This is the Self-Preservation Society!’

Presented in a deluxe black and gold rigid gift box, this product includes: 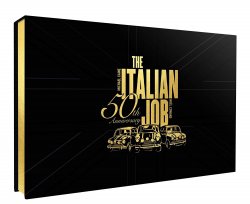 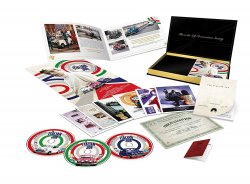 Just Love this Movie Has this been remastered?

Mobley said:
Just Love this Movie Has this been remastered?
Click to expand...

I was just wondering the same thing. I don't own this on Blu-Ray, have been waiting for a newly remastered version to come!

Original Blu-Ray release was about 10 years back I think.

One of my all-time favourites, and for my money still the best movie car chase ever!
Reactions: Mobley

Collector's Anniversary Box sets are such a pain. Where do you put them?!!!

Three discs in the set, looking at the photograph. One is a "DVD Special Features" disc. I would hope the same extras are also on the Blu-Ray disc. Is anyone able to confirm?

{Edit} Scratch that I just saw at the top there the Blu-Ray disc has film + extras...

The Avengers collection had one of these ungainly boxes. 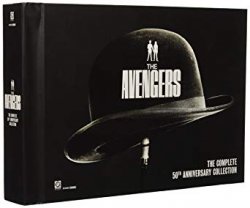 ...then they thankfully released a box set that was in normal dimensions. 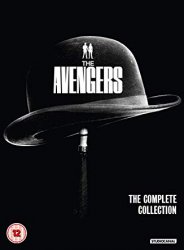 I wish they would do that here.
Reactions: kipper15
L

I wish they would do that here.
Click to expand...

They probably will. I refused to buy the Scooby Doo set for the same reason. No interest in fancy packaging. Just the item itself.

C.C. 95 said:
Collector's Anniversary Box sets are such a pain. Where do you put them?!!!
Click to expand...

Yeah, they're not ideal. I usually line them up along the top of my units, but I've pretty much run out of space up there now. Plus, another annoying problem I've sometimes run into with these sets... the bottom side isn't always perfectly flat, so they can easily topple over. Had that issue with the Kick-Ass edition, which I eventually just decided to get rid of because I had no way to display it otherwise.

Forgot all about this until my copy was dispatched from Amazon yesterday.

Been an age since I last watched it, so excited to revisit this classic!

Looks good
Not my video

Received mine today... nice sturdy set. A little disappointed the special features are a DVD though.

Noodles said:
Received mine today... nice sturdy set. A little disappointed the special features are a DVD though.
Click to expand...

Same extras on DVD and Blu-ray

I gather you did not play the Blu-ray Disc

paulboland said:
Blu-ray should also has the special features as it's same as previous 40th anniversary Blu-ray
1 Disc
Blu-ray Film and Extras

Same extras on DVD and Blu-ray

I gather you did not play the Blu-ray Disc

Ah, good to know then!

And nope, obviously not lol. I do actually already own the 40th Anniversary blu, but never got around to watching it.
Reactions: paulboland