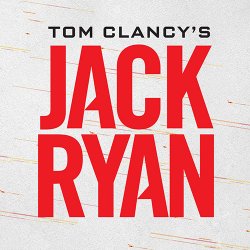 Amazon is welcoming Jack Ryan to its programming slate in a big way.

The streaming giant announced Tuesday it has greenlit 10 episodes of the John Krasinski-starring Tom Clancy’s Jack Ryan, a new drama series based on the late author’s popular line of novels.

Krasinksi was previously confirmed to star as the titular character, a CIA analyst, in April. Alec Baldwin, Harrison Ford, Ben Affleck, and Chris Pine previously took on the role in movies, but Krasinski will be the first to portray the character in a series.

The one-hour series will be a modern reinvention of the Clancy-created character, following Ryan as he’s “thrust into a dangerous field assignment for the first time,” according to a press release.

“We’re excited to add the Jack Ryan global franchise to our robust originals pipeline,” Roy Price, head of Amazon Studios’ media development, said via statement. “Our customers will enjoy a compelling adaptation of the action-packed spy thriller book series, further raising the bar for the quality level of storytelling that has made Prime Video a leading destination for content.”

As an Amazon original series, Tom Clancy’s Jack Ryan will be available to Prime subscribers at a future (currently unannounced) date. 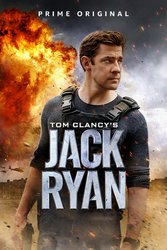 This series surprised me really good if you havent watched it check it out.

Gelosea said:
is this worth watching I have so many things on my list don't want to waste my time
Click to expand...

How do you feel about John Krasinski?
I personally really like the show... but thats in part because I really like him (as an actor).

It's only 8 episodes so not hard to catch up before season 2.

Finished watching season 2 tonight. Solid season though I didn't feel it was as good as season 1. Probably as season 2 wasn't as action-packed as the first. EXCLUSIVE: Tom Clancy’s Jack Ryan, starring and executive produced by John Krasinski, has an end date in sight, I hear. Season 4 of the Prime Video action series, which is currently filming, will b…