You are using an out of date browser. It may not display this or other websites correctly.
You should upgrade or use an alternative browser.
Added to Calendar: 08-16-22 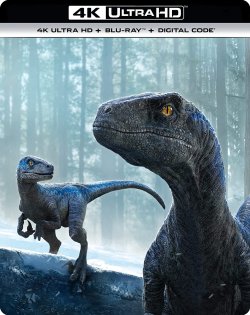 Of course I have scratches on the Steelbook covered by the jcard. Ha now have a replacement waiting to be shipped

Was yours Amazon or Bestbuy?
Maybe Amazon got them way early.

Leprekon said:
Was yours Amazon or Bestbuy?
Maybe Amazon got them way early.
Click to expand...

Gah, well i don't want that version! Orange logo one it is.

samdavies said:
Gah, well i don't want that version! Orange logo one it is.
Click to expand...

I actually like that now that I have seen the full wraparound art. Stygian said:
I actually like that now that I have seen the full wraparound art.

I do like a wraparound, but I can't say I agree. Lacklustre rear.

Thanks now since amazon sucks for price matching I have to make another order
Reactions: Stygian

Received mine from Amazon; perfect condition

Anyone that redeems the digital code have the extended edition work? I know the theatrical code works but if I type most of the extended code it tells me it’s invalid code. Think the extended is t in universal system since this isn’t actually supposed to be released yet.

Yep. I noticed that on Friday.
L

Glad I preordered it early and got it 2 weeks early too
Reactions: Stygian and MerlinT

I'm thrilled to find them in Walmart for only $34.96.
Reactions: Stygian
L

Wow didn’t know Walmart was carrying this and $5 cheaper then what I paid for.
L

My walmart had like 6 copies so just made a return to amazon! $5 is $5
Reactions: nexor and Stygian
L