O.M.G FASSBENDER Close up in steel what MORE could a girl want

I LOVE YOU MORE THAN EVER NOW

Scary Hair said:
O.M.G FASSBENDER Close up in steel what MORE could a girl want

And the lads get Marion on the back
Win win
Reactions: Scary Hair

Cool art but it would be a shame not to use this poster design. 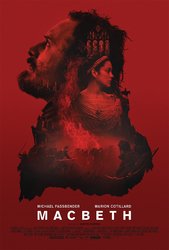 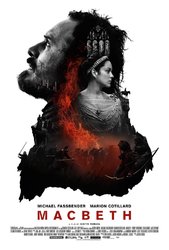 Haha no way! I was literally in the middle of making a steelbook concept with those exact same poster images.

Saw this today - on screen was so dark and I was tired I dozed off a bit, I think it was good, but then when they spoke in soliloquies and such I was like 'eh what's he saying, who doth thy what?'

I really like that white one. Keep seeing it on bus stops

Pretty cool steel, excited for the movie. The white poster art that was posted above could be a sick full slip. Hint!

So excited!! I can't wait to see this movie. I hope they make a Sicario steel as well.
Reactions: lolwut and paddytom

Love the price. Wish it was at least £10 more expensive. Not worth buying at £30.

At first, I thought it was CONNOR MCGREGOR on the cover

Like it a lot but it's way too expensive for a single steel with not much other design features (like lenti, embossing etc). When it gets to more reasonable 15.99, might get it

I saw this today at my local cinema. An impressive effort from the little known director, Justin Kurzel. It's certainly a very cinematic adaptation for the present day, with first class performances from the two leads, Michael Fassbender and Marion Cotillard.

Shakespeare's play is, of course, rather long so it has been condensed somewhat for the cinema, not only here but in all other adaptations as well. The most significant change in the new film is that the role Lady Macbeth is somewhat diminished.

There is also some tinkering with the original text which won't please the purists.

The biggest problem for me were the broad Scottish accents used, with varying success, by most of the cast and which rendered some of the dialogue incomprehensible. I speak as a person whose mother tongue is English, and who studied "Macbeth" in depth as a set play for my English Literature GCE exam many years ago, which will provide some idea of what I'm getting at. Ironically, the person whom I could understand perfectly was Marion Cotillard, who hails from France!

In spite of these drawbacks, it's still well worth seeing and I'll certainly be treating myself to this Steelbook. Hopefully, the disc will come with English subtitles.

For aficionados of Shakespeare on film, this latest version of "Macbeth" doesn't supersede the classic adaptations of Orson Welles (1948/1952) or Roman Polanski (1971). Rather, it complements them. I wouldn't want to be without any of these films in my collection.