Really classy looking edition! My only problem is that it's part of the Creative Collection, and there's only a couple of them I actually like, so I'd rather just pass on those few than have an incomplete collection -- so what I'm basically saying is that I'd rather they also did an edition that wasn't a part of this Collection... maybe that's just me though.

You guys are crazy. Blu's designs for the Creative line easily rival Plain Archive (before they started to suck) and Criterion, and they're better than their own standard line of releases. In other words, it doesn't get any better than this.

That's one classy design. I really, really like it. The only problem I have is that I don't think it's a film that I'd watch a second time, so don't think I'd buy it, no matter how nice the package. 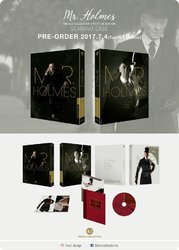 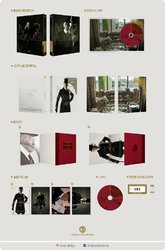 Great film and very underrated by the critics

https://www.facebook.com/video.php?v=798325037015246
Google translator:
"The estimated number of orders for <Mr. Holmes>, currently in pre-order for a limited time with <Manchester by the Sea>, is currently 300.

Mr. Holmes will release a limited edition quantity on the morning of Tuesday, July 11.

Didn't get around to watching this yet.

sorry to bump an old thread, but i have just watched this again, saw there weren't any, and really wanted to post some pics of this.

this was easily one of my favourite films of 2015, and i did not know of this release (or thread) until i came across it by accident by scrolling through wdpung's entire items for sale eBay list (over a few days!). it's a great release for a superb film.

if you just want pics, here's the album, unboxing below.

if you have not seen this film, i won't give you any spoilers, but go into it thinking of it as a drama not a thriller, with the real Sherlock Holmes in old age, and flashbacks to a case from his past. it's not an 'old school' whodunnit Holmes mystery - and all the better for it. performances are universally superb.

View media item 27125
i don't own any other 'Creative Editions,' but there are some lovely details on this for what is essentially a slightly dressed up slipbox edition. it's the sort of film Plain Archive might have done an edition for, also.

once you get the shrink wrap off, you can really start to see that. there's a two layer effect on the front with an embossed/raised McKellen superimposed over a classic Holmes silhouette. the lettering is all metallic gloss and just seem really fitting for the release, and the production quality of all of this is high.

pics of all of this and the label under the spoiler: