As you chatter mod i have decided to set up a music talk page.

Feel free to talk about anything music??!!

Some music news for ya...


Weezer is now streaming its new album, Hurley, in its entirety at the band's MySpace page. The group's eighth studio effort comes out September 14th and is their first since leaving Geffen Records and inking a deal with independent punk label Epitaph. Spinner says that Hurley is "definitely rawer than the sleek mainstream sound of (2009 album) Raditude, but there's still plenty of chic power pop to go around. Opener and lead single 'Memories' is the record at its best."

Meanwhile, frontman Rivers Cuomo has expressed reservations about the album's title, telling The Toronto Sun, "We've always had bad luck. We put out Pinkerton in 1996, and the day it came out we got sued by the Pinkerton Security Agency, and they took the albums off the shelves in its first week of release."

Although it was first assumed that Hurley was named after the character played by Jorge Garcia on Lost, the title apparently also ties into the Hurley clothing company, which makes Weezer shirts and hoodies and is doing some marketing for the record.

The band denied that the company gave them money for the recording in return for promotional considerations.

Cuomo recently confirmed that Weezer will play its first two efforts, the self-titled "blue" album and Pinkerton, in their entirety on the group's upcoming tour. Details will be unveiled soon.
Reactions: komor

Just a heads up, but in an effort to cover all the bases here at the BEC, and to have a little fun, I'll be doing some music reviews on new albums. The first one up is going to be Linkin Park's new CD, A Thousand Suns. I might try to work in Weezer's new CD, Hurley, as well.

The review of A Thousand Suns by Linkin Park is now up! Let me know what you think.


Weezer has revealed the contents of the upcoming deluxe reissue of its 1996 sophomore album, Pinkerton. The two-disc set will arrive on November 2nd and contain a remastered version of the original record, along with 25 bonus tracks. Among the bonus cuts will be every official B-side issued in conjunction with the original album, as well as 16 previously unreleased recordings.

•Among the new tracks are a newly-discovered song called "Tragic Girl," the unreleased B-side "I Swear It's True" and numerous live performances, mostly taken from the Reading Festival in the U.K., several radio stations sessions and a concert won by a high school near Seattle.
•The live tracks are especially valuable to fans since Weezer rarely played songs from Pinkerton after touring behind the record.
•Also included is a booklet loaded with photos and an essay on how the song "Tragic Girl" was recorded but later forgotten.
•One track, "You Won't Get With Me Tonight," is a remnant of a rock opera that Weezer frontman Rivers Cuomo planned and then scrapped before working on Pinkerton.
•Weezer will begin a tour on November 26th in Los Angeles in which it will play two nights in each city, performing its 1993 debut in its entirety the first night and all of Pinkerton the second night.
DID YOU KNOW?

•Pinkerton was considered a disappointment when it first came out, but is now considered one of the most influential and important albums of the Nineties.
•In 2004, Rolling Stone re-reviewed the album, raising it from three stars to five.
•Spin has called it one of the 100 best albums of 1985-2005 while Guitar World ranks it among the top 100 guitar albums of all time.
Click to expand...


Slipknot releases its new DVD, (sic)nesses, on Tuesday (September 28th), with the disc chronicling the band's June 2009 performance at England's Download Festival, one of the last major performances by late Slipknot bassist Paul Gray. The disc is dedicated to Gray's memory and percussionist Shawn "Clown" Crahan told us what to expect inside: ["We kind of put him first in everything, you know. You open up the booklet, you see his picture first. If you look in the back, his name's first and, you know, we did our best just to just kind of put him out on front, you know. If you see an edit of him in the film, it's probably a little bit longer than a Clown edit, as it should be, you know, because we miss him and this one's for him."] SOUNDCUE

•Two special "director's cut" screenings of (sic)nesses were held in New York and Chicago on Monday night (September 27th), with Crahan -- who directed -- attending the New York one.
•A third screening will be held in Los Angeles on Tuesday night.
•In addition to the concert, the DVD also includes a tour documentary and four music videos.
•Paul Gray passed away last May from a drug overdose at the age of 38, leaving Slipknot's future uncertain.
•A lengthy written dedication to Gray is also printed inside the DVD packaging.
Click to expand...

Tesla was one of my favourite bands back in the 80's. looks like they lost their studio to a fire last night. All those instuments to be saved and this clip shows a guy hauling out some Rock Band controllers, hahahaha. WOW.

After listening to a few days of hip-hop on my way to work I now came to realize that I just completely dislike Nicky Minaj and everything she raps in. She tries to act hard and her rhymes are just simply garbage, she is always off-topic rapping about crap that just simply doesn't belong to the song. She's just another token in the rap industry plain and simple.
Reactions: Bringinpaindaily

Seriously the majority of music I listen to is grunge, alternative, punk, rock than hip-hop, decent amount of rap and 5% country. And I know a lot of music that really doesn't have certain genres. More so underground' 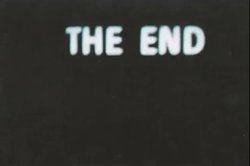 I luv rnb especially the 90's such as biggie, pac, and mobbdeep

Sent from my GT-I9300 using Tapatalk

How great is this? Turn the sound up.

I'm probably completely in the minority here when i'm saying that i'm listening to Metalcore (metal-what?

), Post-Hardcore, Hardcore and also a lot of Alternative and Punk..
Any fans of these genres right here?!

), Post-Hardcore, Hardcore and also a lot of Alternative and Punk..
Any fans of these genres right here?!

Hell yeah! Had my Punk phase as well some time ago, probably was my to the harder genres

Anti-Flag, Lagwagon, Joy Division, Sum 41 and Zebrahead were some big ones for me as well!

You're not into Hardcore, are you?

monsterzebra said:
Hell yeah! Had my Punk phase as well some time ago, probably was my to the harder genres

Anti-Flag, Lagwagon, Joy Division, Sum 41 and Zebrahead were some big ones for me as well!

You're not into Hardcore, are you?
Click to expand...

Not so much, I don't mind Lagwagon but dont have any of their albums.
Reactions: monsterzebra

tokaman said:
Not so much, I don't mind Lagwagon but dont have any of their albums.
Click to expand...

Well, at least something.

Maybe it's because i'm not that much into Punk directly, but it seems that there aren't a lot of new Punk bands these days, are there? Seems like the older bands just keep on hangin, but there's nothing new? Please correct me if i'm wrong..

monsterzebra said:
Well, at least something.

Maybe it's because i'm not that much into Punk directly, but it seems that there aren't a lot of new Punk bands these days, are there? Seems like the older bands just keep on hangin, but there's nothing new? Please correct me if i'm wrong..

I only listen to the older bands myself, the ones I used to like as a teenager, the records have stayed in my collection ever since, as for newer stuff with Punk bands I haven't a clue. I just like what I already know I like.

tokaman said:
I only listen to the older bands myself, the ones I used to like as a teenager, the records have stayed in my collection ever since, as for newer stuff with Punk bands I haven't a clue. I just like what I already know I like.

But don't you want a progress in some way for the music you're listening to?
I mean there are classics and favourites from back in the days that will always stay on top of your list, but you can't stick to this music forever, can you?

I'm always open to hear new bands from time to time (simply always when i'm sick of all the music i've listened so far lol) and try a lot of different genres in the big sea of "rock".