“If you were good enough, then maybe Tony would still be alive…” - Mysterio

Mysterio uses holographic techniques and projector drones to create a sequence of surrealistic imagery to torment and disorient the young Spider-Man. Showing statues of the fallen heroes from Avengers: Endgame in a graveyard and the decaying Iron Man with a broken helmet revealing Tony Stark’s skull pulling his way out of his grave, the enigmatic villain has trapped our Spidey within horrifying illusions.

Reserve the nightmarish version of Iron Man figure to your Marvel collection today! 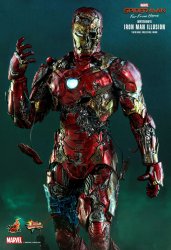 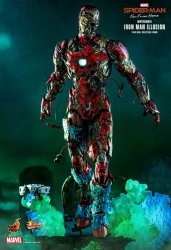 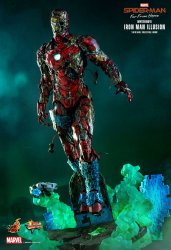 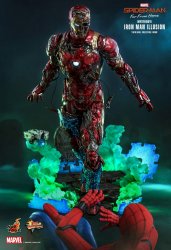 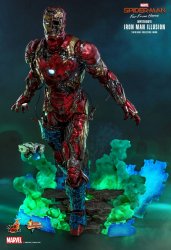 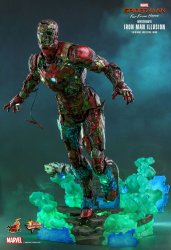 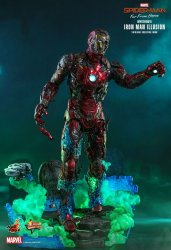 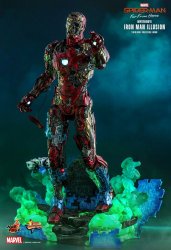 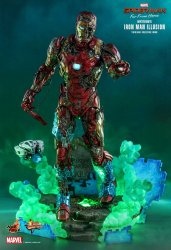 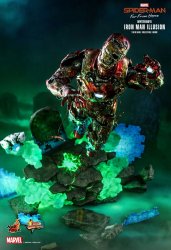 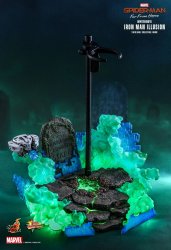 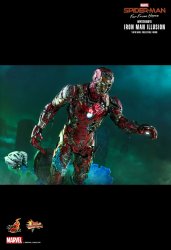 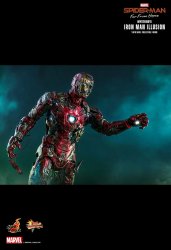 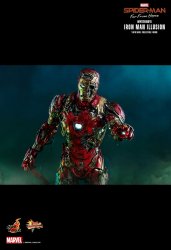 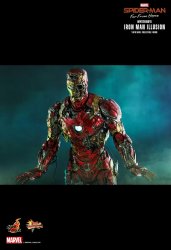 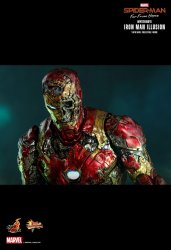 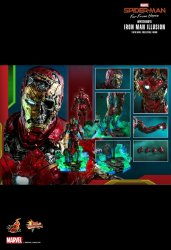 “If you were good enough, then maybe Tony would still be alive…” – Mysterio


Mysterio has trapped Spider-Man within a series of horrifying overlapping visions. Using his holographic technology and projector drones to torment and disorient the young Peter Parker, he even shows a decaying Iron Man emerging from the grave!

This ultra-detailed new 1/6 scale figure recreates the unsettling vision of Iron Man that Mysterio uses to terrorize Spider-Man in the movie. The Mysterio’s Iron Man Illusion 1/6 Scale Collectible Figure features heavily weathered and corroded metallic armor covered with scratches and rust. The armor includes a newly developed damaged helmet (with LED light-up function), as well as light-up LEDs on the hands and the arc reactor that add chilling drama and illuminate the exposed wiring beneath the suit.

The elaborate diorama display base inspired by the fight scene also includes an LED light-up function, as well as additional pixelated effects and a drone with green smoke effect.