All ten episodes of “Narcos” will premiere on August 28 exclusively on Netflix.

“Narcos” chronicles the gripping real-life stories of the infamous drug kingpins of the late 1980s and the corroborative efforts of law enforcement to meet them head on in brutal, bloody conflict. Its gritty storytelling details the many, often-conflicting forces – legal, political, police, military and civilian – that clash in the effort to control cocaine, one of the world’s most valuable commodities. 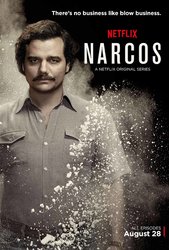 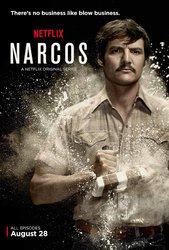 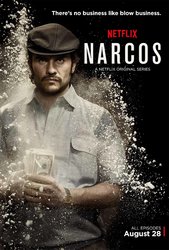 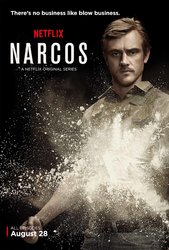 Looking forward to this!
Reactions: ocielz

Between This and the movie "Sicario", I'll be getting my Narco Fix!!!

Two episodes in and loving it!
Reactions: ocielz

spass said:
Two episodes in and loving it!
Click to expand...

I have to start this!!!! Glad you're enjoying it My friend!
Reactions: spass

I'm currently watching OITNB but, as soon as I'm done, I'm starting with this one.
Reactions: spass and bloodsnake007

I blew through the first season in about 4 or 5 days. It's very well done.

Thanks @luke98! Great to get a release date for season 2!

Beat me to it!

This is gonna be good!