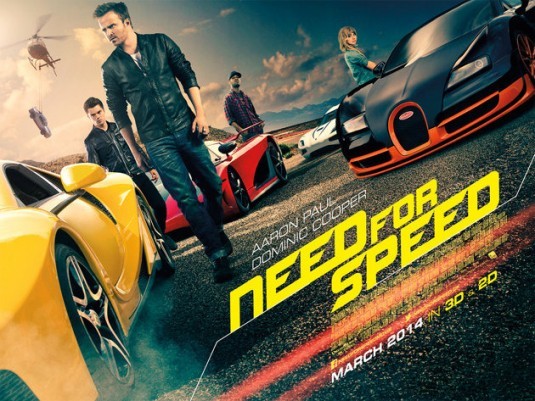 The horrible Need for Speed races to home video with superior audio and video.​
With the tragic death of Actor Paul Walker in 2013, and the Fast & The Furious franchise seemingly at a cross-roads, what better time to introduce a new series ready to take its place, featuring similarly fast cars that perform all the stunts without CGI assistance? Unfortunately, someone forgot to tell the creative team behind Need for Speed that quick whips don’t make up for a junky plot and action that feels all too familiar. Fortunately, its arrival onto home video comes with all the bells and whistles, making it an intriguing purchase…eventually. 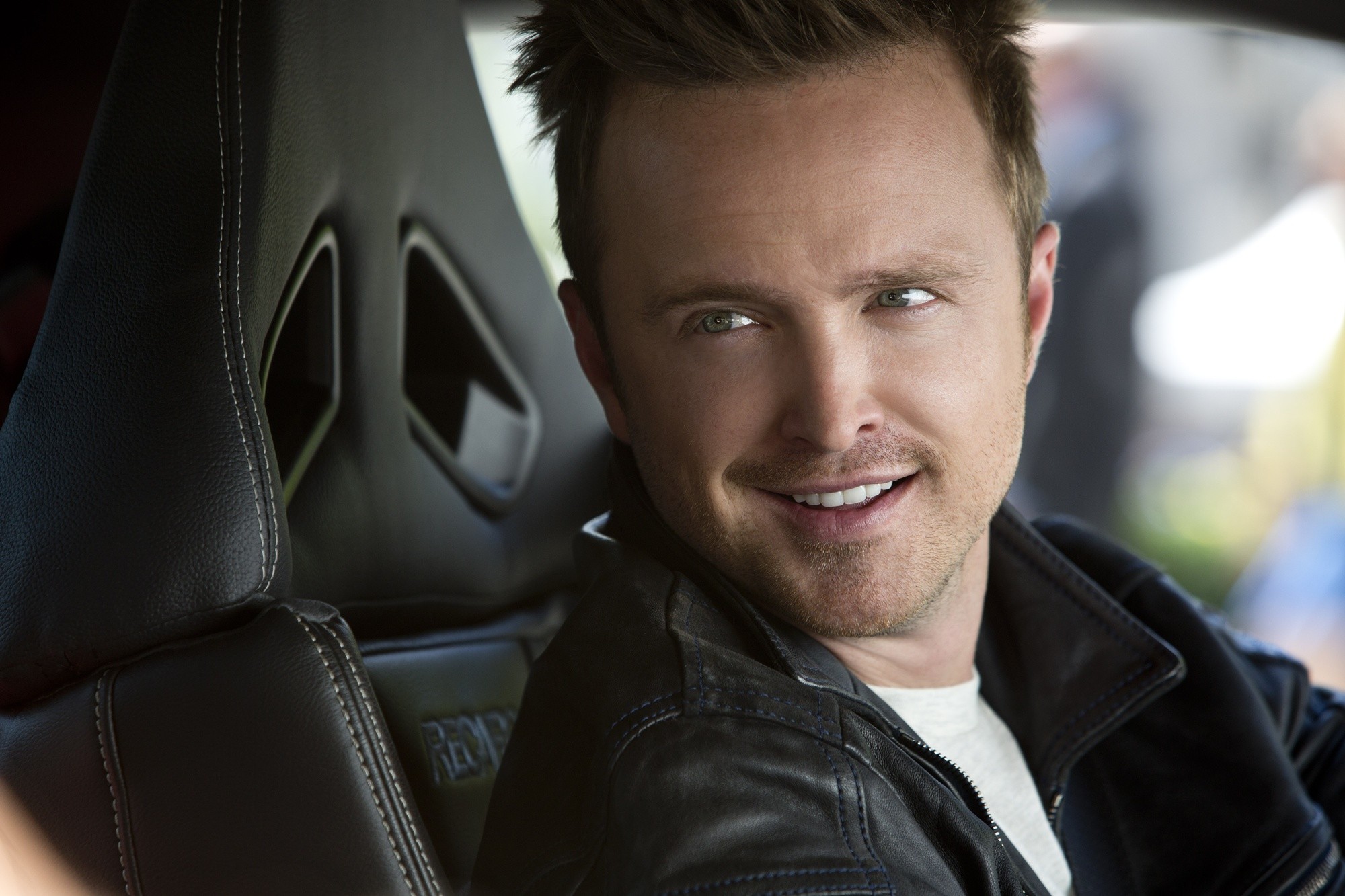 When street racer Tobey (Aaron Paul) is framed for murder by business associate Dino (Dominic Cooper), Tobey vows revenge in the only way he can: by traveling cross-country to challenge Dino in a secret race against other premium automobiles. But he’ll need help from his friends Benny (Scott Mescudi), Finn (Rami Malek), and Joe (Ramon Rodriguez), as well as the beautiful Julia (Imogen Poots), whose rich employer provides the wheels. As the two enemies face off for the last time, Tobey must decide if winning at any cost is the only thing that matters.

Let’s be clear from the start: Need for Speed is a mirror image of The Fast & The Furious, a fact that clearly places it far behind other car dramas like The Italian Job, Rush, and Drive. Central to Need’s utter failure is its plot, which tosses reality and common sense along the side of the road like a worn-out tire. Normally, wild jumps and stunts assisted by CGI effect wouldn’t be a problem, but for a film that made reality a part of its marketing campaign, Need changes the rules whenever a hole in the script needs to be filled. To suggest that a multi-million dollar ride like the Mustang given to Tobey should actually be driven across this country is not only foolish but ridiculous. Haven’t these guys ever heard of a transport plane? They do have a pilot in the cast who basically provides eyes in the sky for Tobey, but he ends up merely dishing jokes like a stripper dispenses lap dances. There’s also the issue of the final race, which ends with the winner receiving all the high-priced rides as compensation. The problem is most of those are damaged beyond repair by the end, leaving the winner with virtually no reward for his effort. We won’t share who that lucky person is, but it’s a critical element to the early part of the story, and one which is forgotten by Act 3.

These genius lapses in logic come to us courtesy of Writer George Gatins, who also saddles Paul with short bits of dialogue that make him sound like David Caruso from CSI: Miami. And while Paul looks good behind the wheel, his performance makes the usually stoic Vin Diesel seem like an Academy Award winner; yes, it’s that bad. The gorgeous Poots never has the chance to show off her sexy side – or intelligence – thanks in large part to Director Scott Waugh, who keeps the camera neck high for most of the shoot. Sure, he fills the screen with plenty of fast rides and a few somewhat memorable stunts, but this is in no way a sexy street ride like the first Fast and The Furious, nor the smart car caper the aforementioned Italian Job. Instead, Need races the outer turn, content to dispose of its most valued assets – the cars and the thrill of driving them – to mere machines that are used for a specific purpose. This sense of abandonment trickles down to the cast including Paul himself, who feels out of place as a lead, making this less than stellar cast drive like a rental car on a business trip. Cooper, usually an solid casting choice, comes off a typical bad guy and not much of a challenge in the end. This isn’t his fault, as again Gatins’s script just doesn’t give him or anyone much to say. Such a lack of emotion – an important aspect in drawing audiences to the heroes – plagues the film, reducing it down to a chase flick that’s actually pretty boring. Need for Speed wants desperately to outrace the competition; sadly, it places a distant last.

If the movie is a total disappointment, the home release is anything but that. Disney’s stunning MPEG-4/AVC transfer starts and ends with a crystal clear picture that shows off everything from the details on all the beautiful rides, from the classic streetrods to the Koenigsegg Agera R racers. Exterior shots shine throughout, showing deep detail in rock formations, cracked pavement, and the tall buildings of San Francisco. There’s a deep saturated color as well, but it never takes away from the human features. Individual strands of hair and pores on faces can be easily seen – even in darker scenes – with sweat, blood, and skintones looking lifelike. Contrast is perfect, and while some shadows and blacks get swallowed up, screenshots and other demos prove otherwise. Overall, it’s one of the best transfers of the year and would serve you well as home theater test disc.

Not to be outraced by the video transfer, Disney’s DTS-HD Master Audio 7.1 surround track is 130 minutes of awe-inspiring thunder that never lets up. Anyone who is man (or woman) enough to crank this one is in for a stunner. Let’s start with the forward speakers, which deliver a mix of music, sound effects, and separated audio. The center channel also delivers these assets, but ups the dialogue so well that one never has to play The Remote Game between the mostly organic action set pieces. A good audio set sometimes ignores the surrounds – not here. The rears are given the full treatment, relishing an aggressive treatment by Disney’s team. Audio from the front passes effortlessly to them, highlighting other individual sounds like engine noise and helicopter flyovers along with street noise and office chatter. I don’ t think I’ve ever heard my LFE pound, purr, and pulse the way it does here, complimenting both the ground and air traffic featured here. Sometimes it’s unabashedly in your face, and other times – like an F16 ‘escort’ back to base – booms out of nowhere. The result will push your system to its limits, and here that’s a beautiful thing. As much as I’d recommend the video in any theater test, the audio stands fully on its own, culminating in one of the best AV experiences of the year. 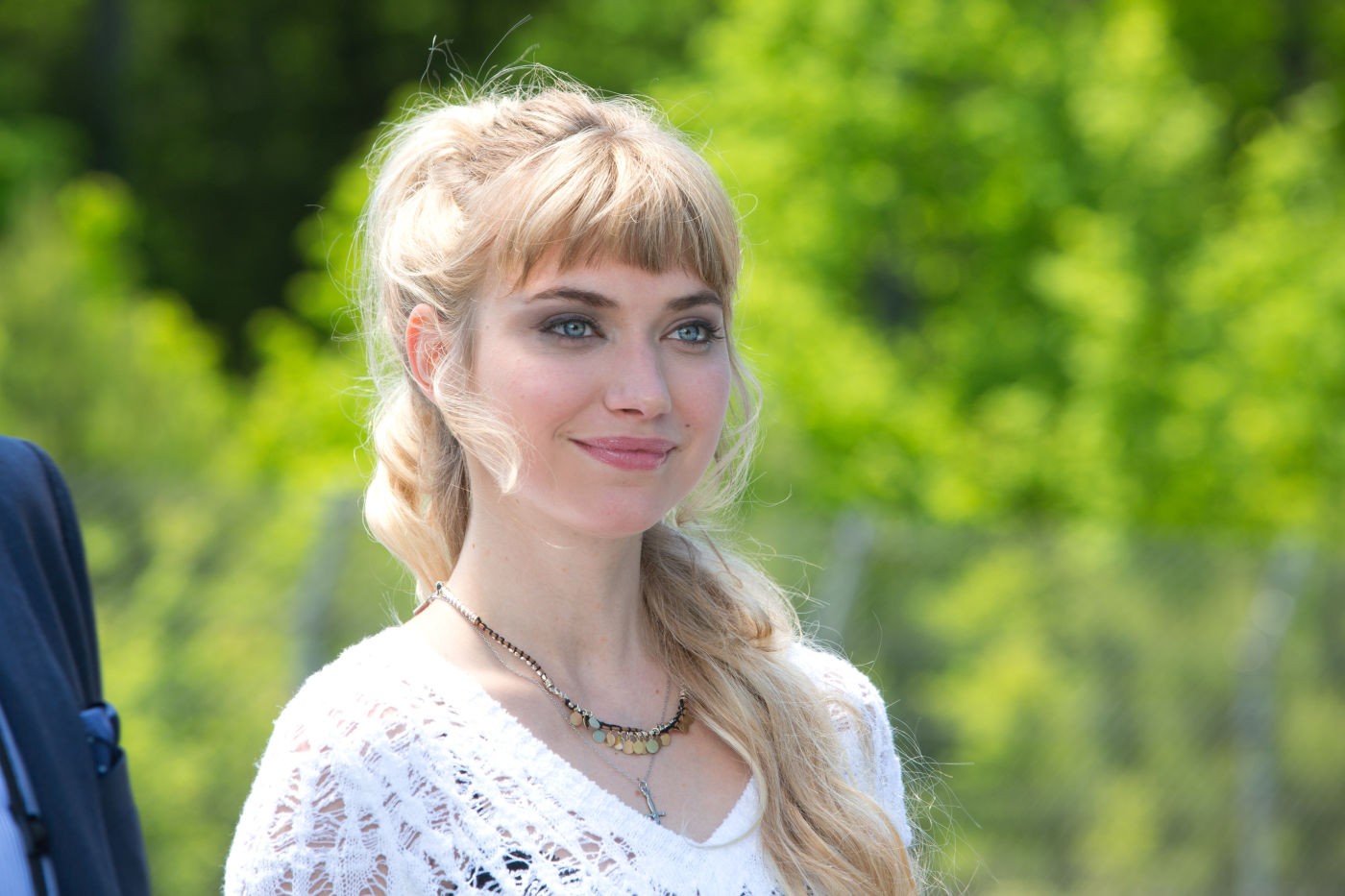 A film like Need for Speed usually gets the barebones treatment if it doesn’t perform well at the box office. I’m happy to report that Disney did not continue that practice here, including a nice set of supplements, all of which are presented in HD:


Our evaluation copy arrived as a Blu-ray/Digital HD Combo with no slipcase or interior artwork. At the time of this posting, we weren’t aware of a US steelbook of this film., a tragedy if you ask me. 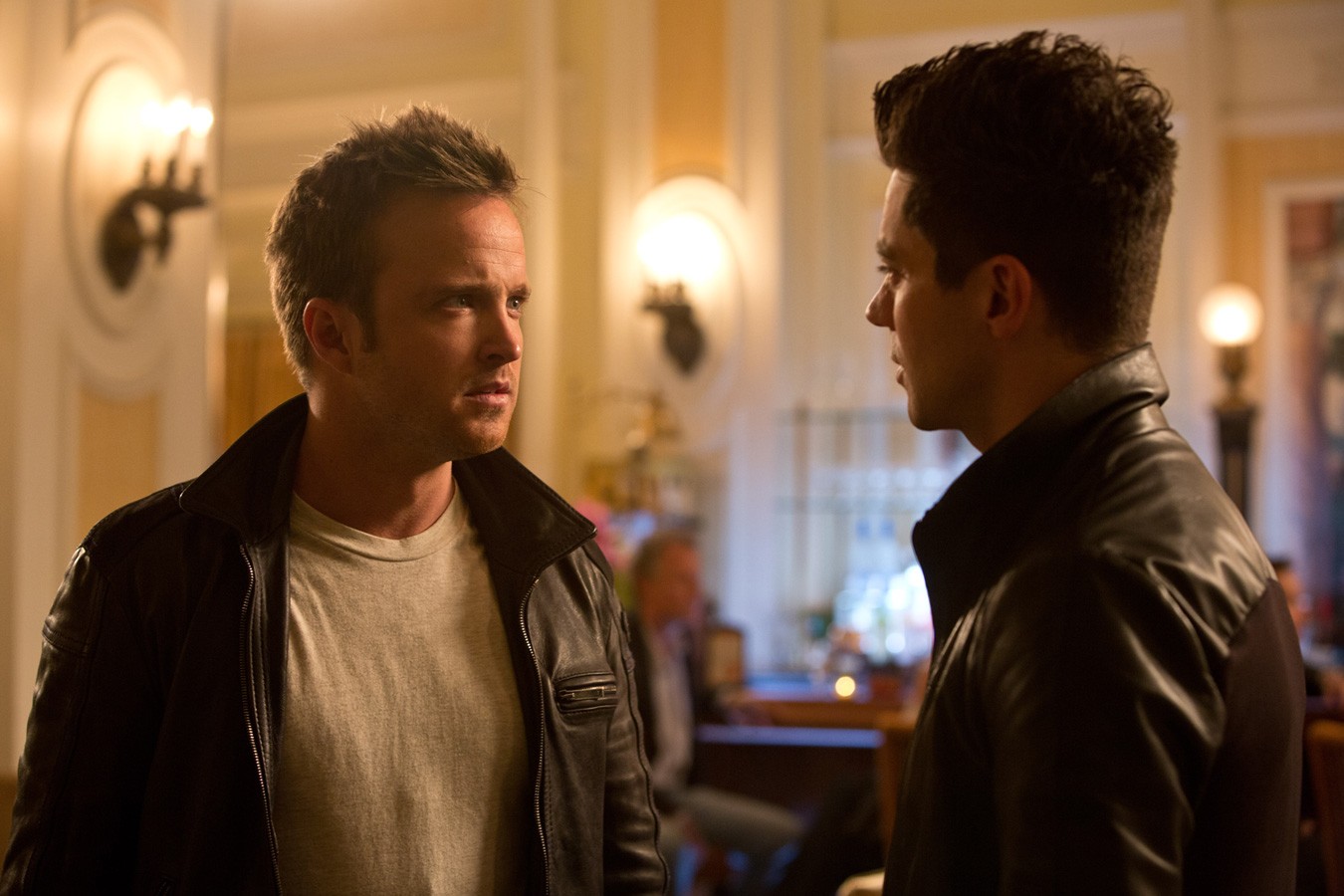 Even with low expectations, Need for Speed as a movie fails to satisfy in the slightest. Paul and Cooper are poorly used, the plot forgets to celebrate the thrill of racing, and even the stunts aren’t nearly as entertaining as the hype suggested. The home release is a completely different story, roaring to life with reference-quality audio and video, as well as a deep collection of supplements. Who knows why the film side failed so completely, but Disney makes a good case to add this to your Blu-ray collection. The question is when, and for a film that’s soon to be found in the bargain bin, the answer might be ‘not quite yet’ unless you intend to use it as a first-rate demo disc. In that case, run out and pick this one up – I promise you’ll only be disappointed during the acting scenes.

Need for Speed is rated PG-13 for for sequences of reckless street racing, disturbing crash scenes, nudity and crude language, and has a runtime of 130 minutes.

I got the UK Steel and didn't realized it came with 5.1
Show hidden low quality content