Plot: Holly loves Rob and tries to help him through his grief – even if it means contending with his dead girlfriend Nina, who comes back, bloody and broken, every time they make love[/MOVIE1][POSTER1] 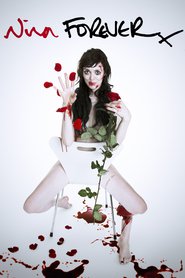 Fresh off a pair of nominations at the British Independent Film Awards this week, the horror romance Nina Forever now has a U.S. release date. Distributor Epic Pictures Group said at the American Film Market today that it will bow the quirky Ben and Chris Blaine-directed pic February 12, 2016 — Valentine’s Day weekend.

Epic is selling to additional overseas territories this week at AFM; StudioCanal UK already has British rights. The movie world premiered at SXSW.

The Blaine Brothers were nominated for Best Debut Director at the BIFAs, and star Abigail Hardingham was nommed for Most Promising Newcomer. The plot follows Holly (Hardingham) as she begins a relationship with her co-worker Rob (Cian Barry), who is grieving over the recent death of his girlfriend Nina (Fiona O’Shaughnessy) from a motorcycle accident. Holly has fallen for Rob and is determined to help him though his grief, yet every time they make love, Nina appears — tangled, bloody and still fixated on Rob. The twist: Holly doesn’t freak out and run, choosing instead to deal with the dead girl sharing their bed, their lives, and their minds.
Click to expand...

Last edited by a moderator: Jul 29, 2016
Reactions: Asopp, tridon, PunkNinja and 2 others

Good spot mate,
This looks like a right bit of me.
British too

Just realised, I did not know this horror part existed. I only look on the normal movie news thread and wondered why horrors don't pop up on that too often or do then disappear
Reactions: bloodsnake007

What the hell is this.

Definitely something I need to check out when it's available haha, amazing! Thanks for the tag Frankyyy @bloodsnake007

Cool it seems to be a very funny movie

I saw this at FrightFest and it was awesome!
Funny and gross!

Its not a typical necrophiliac movie and not in a serous tone but entertaining and funny.

This is out next month in the UK!

I really hope it's released with a Slipcover! 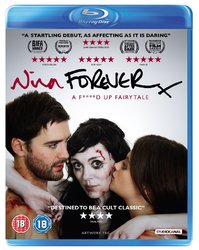 School’s Out Forever - In theaters TBA