This Thursday, we celebrate an underrated Pixar gem and a cool Batman flick with Sam Gilbey, and Giorgio Comolo takes the Dark Knight on an artistic journey!

While Onward’s world may be full of mythical creatures, its core story is pretty universal and the Lightfoot brothers’ journey is fun and heartfelt. Sam’s print for the film incorporates the scope of the Lightfoot bros’ adventure with some of the world lore, as well as a neat twist on Wilden Lightenfoot!

In addition, Sam’s crafted a print for Batman’s most chilling animated movie, Subzero! We love Sam’s renditions of Batman: The Animated Series’ characters, and this alternative movie poster is brimming with B:TAS goodness!

DC’s Batman has always been one of the most versatile superheroes--he’s able to be placed into any time period, any genre, and work. Giorgio’s newest Batman pieces are inspired by two master artists, German engraving artist Albrecht Dürer and the godfather of beautifully nightmarish art, H.R. Giger. Giorgio has expertly injected Batman into two different artists’ worlds with care and respect, and we’re in awe of the detail dripping from these two prints.

Sam and Giorgio’s prints will be available for purchase Thursday (4/8) @ 12PM ET on our homepage, Bottleneckgallery.com! 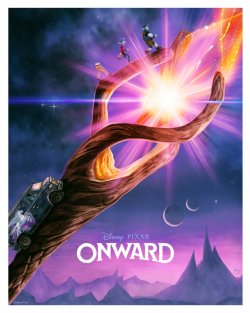 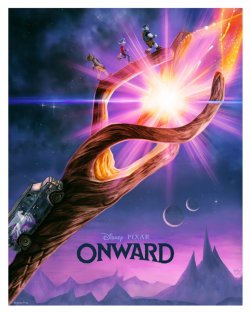 Bottleneck Gallery UP by Alice X. Zhang, THE COURT OF OWLS by Chris Skinner & A WORLD IN 64 SQUARES by Sam Gilbey

Bottleneck Gallery Christmas With The Joker by Sam Gilbey