via engadget
The EVO15-S is thinner and lighter than before, even as it packs more graphics power.

Don't worry, folks -- just because gigantic gaming laptops are in the spotlight doesn't mean that PC makers have forgotten about thin-and-light machines. If anything, they're gathering momentum. Origin PC has unveiled a new version of its EVO15-S laptop that's slimmer and lighter than its predecessor (0.69 inches thick and 3.96 pounds, to be exact) while packing much more graphics power. The 15.6-inch rig is still using a 6th-generation quad Core i7 processor, but jumps to NVIDIA's GTX 1060 mobile graphics -- you can play modern games smoothly, including some VR, without lugging an ungainly machine around. 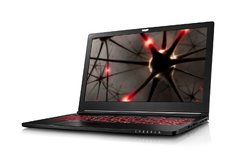 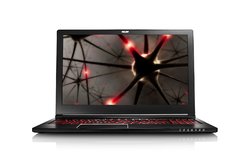 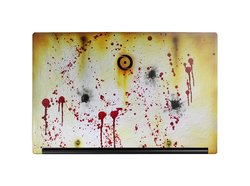 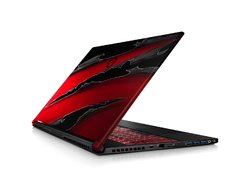 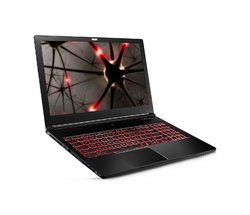 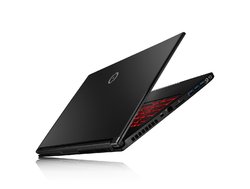 This is a straightforward gaming portable apart from the slicker profile. In base trim, you're going to get a 1080p display, a 256GB solid-state primary drive, a 2TB secondary drive, 16GB of RAM and a gaming-friendly, multi-color backlit keyboard. You'll have to pay a steep price for the new system -- it starts at $2,083. Having said that, the price might be justifiable if it lets you consolidate your PCs and take Overwatch on the road.

Well I got my tax return and decided to buy myself a new laptop. Nope, I didn't wind up getting the Origin Evo s10, got one even better and more powerful. I looks similar but it's by MSI. It's the GS63VR Stealth Pro. Here's some of the specs.
Got it at XoticPC and was able to sorta max it out on hardware and services.
This thing is a beast, it has desktop performance all packed into this laptop and it's only .69 inches thick. Here's some shots of it.

Getting these dragons laser etched onto the lid surrounding the lit up logo.

I also want to add that I heavily weighed between the MSI GS63VR and the Razer Blade Stealth before I made my purchase. There was a lot of things to consider actually. The MSI is .69 inches thick while the Razer Blade is at .70 inches thick. I know, not really noticeable in the end but it did play a factor. The keyboard lighting on the Razer Blade is hands down the best there is compared to any backlit keyboard laptop on the market. The MSI is pretty nice too using Steel Series back lighting and keyboard.

The other weighing factors was that the Razer Blade is only a 14 inch laptop while the MSI is a 15 inch laptop. Another big difference is that by ordering the MSI through Xotic PC I was able to customize it to my liking while opting for an NVMe M.2 250GB SSD that has Read 3200MB/s - Write 1500MB/s as my boot/OS drive and also a 2.5 inch SSD at 1TB for my storage drive. The Razer Blade's only option was it had one drive that can be customized either you get the 256, 512 or 1TB drives and that's it for customization. Also all the customizing I opted for on the MSI came out to $2500 while the Razer Blade's screen is smaller plus not as much customization and it also cost $2500. A bit overpriced if you ask me. From what I've read and heard in reviews is that the Razer Blade's sound is a little better than the MSI's too but I'll just have to live with that I guess.

I was going to cancel my order today due to some unfortunate events that have transpired in the last couple of days but it has already started undergoing it's customization and they would not allow me to cancel my order. Things happen in life that we have no control over I guess.

So this is for anyone interested in these two computers and are having trouble deciding which one to get.

Get my new laptop tomorrow, so stoked!