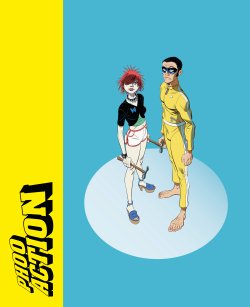 Following the releases of The Gorillaz Almanac and The Gorillaz Art Book, Z2 Comics is proud to once more collaborate with artist and design luminary Jamie Hewlett with PHOO ACTION: SILVER JUBILEE, a new oversized art book featuring the comic and show that serve as the kinetic missing link between Tank Girl and Gorillaz.

Written and curated by PHOO ACTION co-author Mat Wakeham and featuring original designs by Hewlett, the book will present the full trajectory of what would become the cult sensation—from the Get the Freebies comic strip first presented in UK magazine The Face from 1996 to 1997, to the 2008 PHOO ACTION BBC pilot and beyond.

Meticulously assembled by Wakeham with forewords that serve as an oral history of the evolving project, PHOO ACTION: SILVER JUBILEE shows the origins of Whitey Action, a cynical teen and potty-mouthed heroine, alongside Terry Phoo, a hapless kung-fu super cop. Born from counter-culture superhero chic and hyperactive pre-millennial angloism, the comic features the pair waging a two-person war against the mutant Freebies gang—led by an outlandish, hysterical crime boss with a basketball for a head.

"To say that I hold dear these characters and this property is an understatement. I am so extremely grateful to be their current custodian and curator—and that I still get to be a creative collaborator in their world, too,” Wakeham says. “This book is my open love letter to some of the funniest, most reprehensible, and inspired underground comics of the late 20th century, from the hand of one of Britain’s leading cultural luminaries—Mr. Jamie Hewlett."

For the first time, this book will collect the entirety of the 12-part Get the Freebies comic in English, alongside a cover piece from Hewlett—the first new official comic art of Terry and Whitey to celebrate their 25th anniversary. PHOO ACTION: SILVER JUBILEE will also include a never-before-seen introductory comic to a planned second season that was never produced, with a prose novel from Wakeham detailing the rest of the chapters. The novel will feature original illustrations from iconic comic artist Philip Bond (The Invisibles, Kill Your Boyfriend). A treasure trove of unseen development and character artwork from Hewlett presents a definitive and exhaustive timeline of this underground masterpiece. 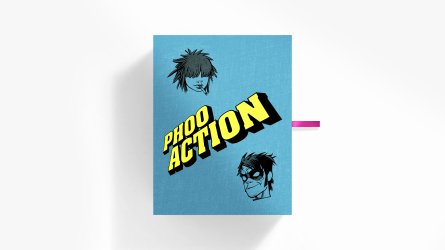 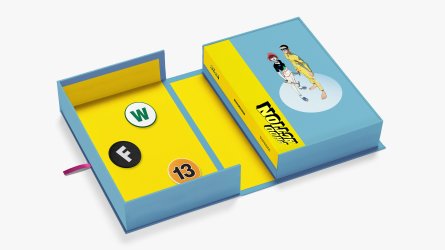 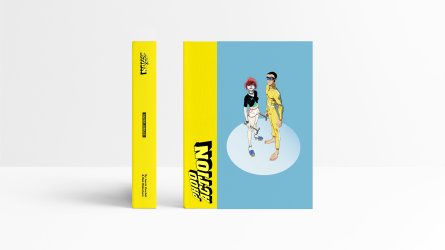 DEATH FOR HIRE: The Origin of Tehk City [Z2 Comics]