In my ongoing pursuit to let you all know about more game companies I present Ravensburger.

Over the last 130 years the Ravensburger blue triangle has become a respected trademark that represents a family company dedicated to promoting fun, learning and family togetherness – important values in today's fast-paced, tech-driven world. While having endless hours of playing fun with our innovative products, children learn to think ahead, to accept losing graciously and to follow directions. Ravensburger puzzles, games, arts & crafts and science activity kits develop concentration, imagination and children's experience of success and independence.

I've recently had this company on my radar after trying their really fun Villainous game so check out some of their games below!
Reactions: bloodsnake007 In this epic contest of sinister power, take on the role of a Disney Villain and strive to achieve your own devious objective. Discover your character’s unique abilities and winning strategy while dealing twists of fate to thwart your opponents’ schemes. Find out who will triumph over the forces of good and win it all!
Ages: 10+
Players: 2-6 It's the tell-all party game of what happened and how!
Have you told off a boss? Put on your poker face and watch your friends try to uncover the details. Did you do it as a teen? Was it worth it? The stories they imagine are just as outrageous as the truth!
Ages: 17+
Players: 3-8 “Hold onto your butts!” This Jurassic Park™ light strategy game, set in the chaotic scene of Isla Nublar, will take you on the adventure of your life! One player controls the T. rex, Dilophosaurus, and Velociraptor, prowling through the jungle to attack the humans. The remaining players work as the team of iconic characters from the classic Jurassic Park™ film to fight against the player controlling the dinosaurs. When a Human Character is defeated by the Dinosaurs, they can immediately reanimate as a brand new character. But be careful, if the Dinosaurs defeat three Human Characters, the Dinosaurs win. If the players controlling the Human Characters manage to get three Characters off the island to safety, those players win! 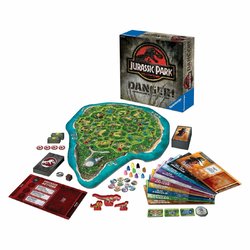 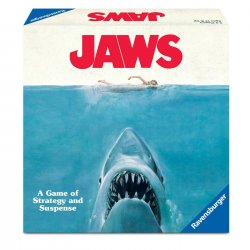 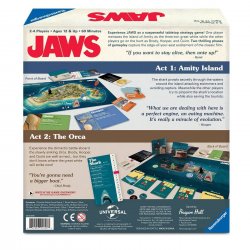 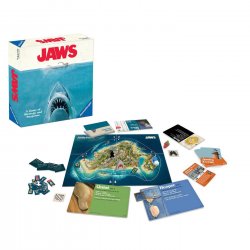 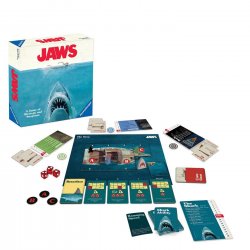 Highlights
Experience JAWS as a suspenseful tabletop strategy game! One player menaces the island of Amity as the three-ton great white while the other players go on the hunt as Brody, Hooper, and Quint. Two thrilling phases of gameplay-Act 1: Amity Island and Act 2: The Orca-capture the edge-of your-seat excitement of the classic film.

Looks cool. Will have to check out in Target.
Reactions: mllNY

Nice! I think I’ll be in for this one! Great review in the homepage, too, man.

Now if Mondo would release their Jurassic Park already. 
I did a review of the game here: 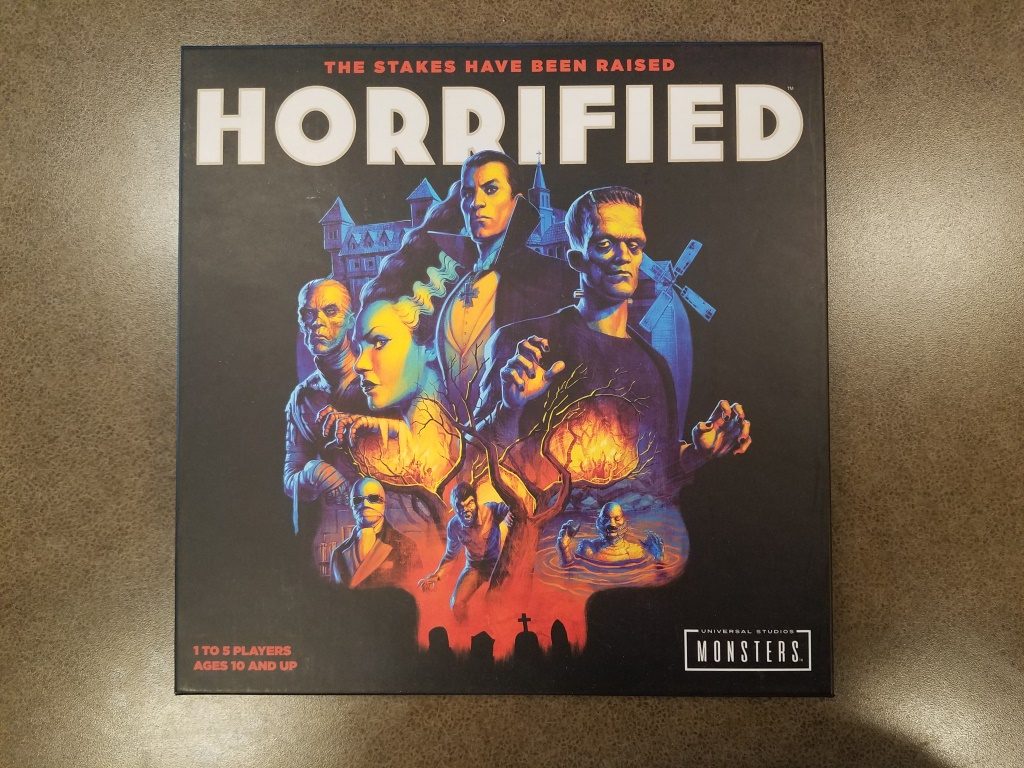 A look at the Universal Monsters Horrified Game from Ravensburger 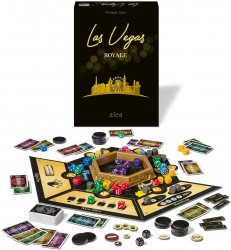 Immerse yourself in the glitz and glamor of Las Vegas! Choose a casino, roll your dice, and either win some cash or go home empty-handed. Las Vegas Royale includes the classic game Las Vegas with over a dozen additional gameplay options to keep you playing all night long!

Villainous: Perfectly Wretched
In Villainous players play as one of Disney’s villains with each villain having their own objectives while foiling their fellow outlaws. This is the third expansion to the game which previously saw other Disney Villains including Maleficent, Jafar, Ursula, Evil Queen, Hades, and Scar to name a few. In the new expansion, which can be played either stand alone as well as with mixing previous games, three new villains are introduced Cruella de Vil, Mother Gothel, and Pete.

Back to the Future: Dice Through Time
While this game was not quite ready for full display Ravensburger did show off to me their upcoming Back to the Future Game. In this Back to the Future game you play as one of several pairs of Doc and Marty’s from different time periods collecting key items that were scattered throughout past and present Hill Valley by Old Biff after taking the time machine on a joyride. Return items, complete iconic events, and restore temporal order in this cooperative game. Plays 2-4 players with about a 60 minute game time.

Hocus Pocus: The Game
Based on the 1993 cult movie Hocus Pocus lets players work together to stop the Sanderson witches before they create a wicked potion. Unfortunately fans will have to wait a bit as this two to six player game doesn’t release until August this year.

Wonder Woman: Challenge of the Amazons
It’s up to you to defend your home of Themyscira. This cooperative game lets you choose to play as one of five characters (Diana, Philippus, Mala, Nu’bia and Artemis) as you fight against Wonder Woman’s rogue’s gallery of Ares, Circe, or The Cheetah. Each villain has their own unique gameplay adding to the level of replayability. Plays 2-4 players with about a 75 minute game time.

Dog Crimes and Cat Crimes
Cat Crimes is a logic puzzle where you use problem solving to figure out where each cat was sitting and who was responsible for each cat crime such as tangled yarn or a missing bird. This year we get Dog Crimes.