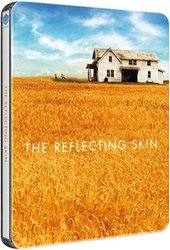 ·First ever official release on Blu-ray anywhere in the world+

·Newly restored in a high-definition transfer from original elements

·All-new retrospective documentary covering the making of the film, including new and exclusive interviews with Philip Ridley and Viggo Mortensen Philip Ridley's short films Visiting Mr Beak (1987) and The Universe Of Dermot Finn (1988)

·Available on home video for the first time 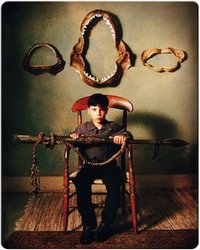 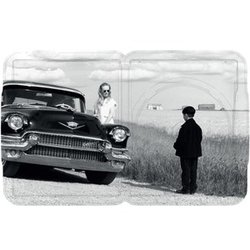 So underrated! Very Lynchian. This is GREAT NEWS!!

Never heard of this....
The synopsis sounds intriguing though

Need to give this a watch first, before pulling the trigger on a steel purchase.

Looks like a Soda Pictures logo on the spine - they also brought us Dead Man and Only Lovers Left Alive - both excellent steelbooks and films. I won't be blind buying this but I'll rent it after it's released given it's not even out on DVD.

I'd recommend a rental first. I thought I would love the film as it sounded great, had reviews on IMDb calling it a masterpiece and comparing it to David Lynch. But it has ridiculously overblown directing and atrocious acting. I though it was hugely overrated aside from a couple moments of dark humor, a serviceable Viggo Mortensen, some nice cinematography, and a disturbing atmosphere.

Also Studiocanal's black-and-white inside art sucks as usual. The back is awesome though and should have been the front.
Reactions: hayemaker
L

Will give Marvel a run for its money [emoji1]

I agree with @C.C. 95, terrific movie and the steelbook looks great too. Will be mine

Not seen this movie before, but definitely going to watch it know as a lot of people are praising this and it's the first time ever to get a release sounds good to me. Check it out my friends what do use think@luke98 @harry @bloodsnake007 @kasinova @DADDYCOOL187...
Reactions: DADDYCOOL187, luke98, kasinova and 1 other person

I've not even heard of this so I just had a little read up about it and it's sounds interesting. Steelbook looks ok (like that back) and although it's slightly mixed reviews on here I think this might be a bit of me. Have to see

Thought this was Days of Heaven when I first saw the artwork and got super excited. Never heard of this film, but it looks interesting... not sure I'd be willing to blind buy though.
Reactions: jacobsever

Amazing movie cannot wait to see this in H.D

Never heard of this movie but what's quiet interesting is to no that this is the first release for this title and the artwork looks quiet nice with the colours which stand out really well. Probably purchase it after viewing the movie thanks for the tag as always @SK 80...

I'll join the club, never seen or heard of this before. Reading up on it it sounds interesting though.

This is actually the type of films I have no problem blind buying.

It should be down to £7.99 in time for the January sales.
Reactions: StifflersDad and DADDYCOOL187

Price will be lower than that in January

steelbook not so much

will probably buy at a low price

Thought this was Criterion's "Days of Heaven" at first... EDIT : NOODLES beat me to it.
Reactions: luke98

First ever Blu-ray release ? are you sure Zavvi ?
http://www.amazon.de/dp/B002QZYLFW/?tag=hidefnin0d-21
Reactions: SK 80 and Steelselecta

StifflersDad said:
Price will be lower than that in January
Click to expand...

steelbook not so much

will probably buy at a low price
Click to expand...

I mean, I know it's Zavvi and you have to take it with a grain of salt, but this does say ULTRA limited. Considering most things that are listed as "limited" have around a 2,000 print run...do you guys really think this will still be available that far in the future? With it being "ultra limited", I could see this having like a 500 print run, and selling out a lot faster than usual.
Show hidden low quality content

Blu-ray SteelBook Sunday at 4:05 AM
paulboland