Based on the Dark Horse comic, Syfy's Resident Alien is a murder mystery sci-fi dramedy that follows Harry, an alien played by Alan Tudyk (Rogue One, Firefly) that crash lands on Earth and passes himself off as a small-town human doctor.

Resident Alien's release date is set for Wednesday, January 27 at 10 pm ET/PT on Syfy in the US. 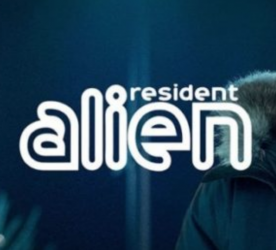 Bottleneck Gallery King of the Mountain by Brian Reedy