You are using an out of date browser. It may not display this or other websites correctly.
You should upgrade or use an alternative browser.
Added to Calendar: 10-18-21 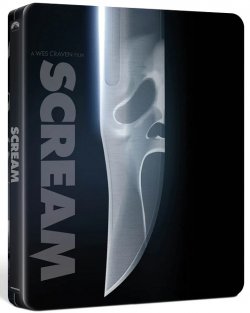 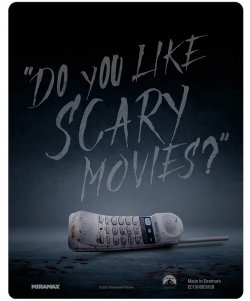 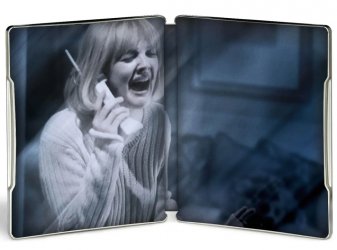 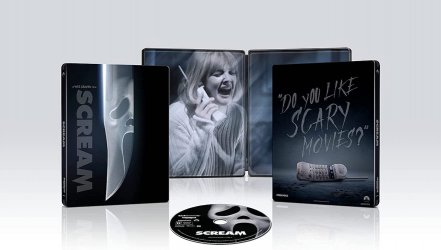 Mr Y Fronts said:
Awesome, can't wait for this, and about time the UK got a 'Digital Copy' again. Is this an Amazon Exclusive ?

Like samdavies & paulboland said this looks like a US import listing as the UK don't have digital codes anymore.
Either that or they're using the US render of the Steelbook as a placeholder
But it the highest quality render we've seen so far.
Sam & Paul also believe it'll be Zavvi exclusive here in the UK.
But I personally believe it'll be available on both Zavvi & Amazon like Pretty in Pink & Some Kind of Wonderful as it does look like it's from the same wave and follows the same design

Strangerbyday said:
But the UK blu-ray release is cut.

The shot of Steve outside just has a close up of his head falling back & then a brief shot of his corpse whereas the normal cut/unrated cut you can see his guts falling out.
The shot of Casey in the tree is sped up to not make the gore as noticeable.
The shot of Tatum in the garage door fades away quicker while in the normal cut/unrated cut shows her head being crushed for longer.
The BBFC might not have cut it but its definitely different than the US release.
Click to expand...

I have a Digital Unrated version and the UK Blu-ray.
There's no difference, now there is a difference between the UK Blu-ray and UK VHS versions, which I noticed straight away upon watching them original, was a bit jarring tbh as I wasn't aware there was a cut
One the part with Steve's guts are hanging out was not in the VHS version, you might of got glimpse but it definitely didn't stay on screen long enough to see it in all its glory.
And Tatum's head crush was completely cut away, you just heard it.
Where as the Blu-ray you see her head get fully crushed.
And there are a bunch of other minor stuff added that wasn't on the original VHS release.
And post photos if you want.
I mean it may still be cut but the VHS was definitely cut more.
I own this one btw
Amazon product
Last edited: Aug 5, 2021

A couple of things to note, the listing states includes blu-ray and states 2 discs, but the image only shows the 4K disc only, and then theres this line - "Note: 4K Disc is Region Free, Blu-ray is Region B", but it states that Paramount are the studio, surely then both should be region free. I'm sure Lionsgate released Scream on blu-ray previously, i'm a tad confused...

Mr Y Fronts said:
A couple of things to note, the listing states includes blu-ray and states 2 discs, but the image only shows the 4K disc only, and then theres this line - "Note: 4K Disc is Region Free, Blu-ray is Region B", but it states that Paramount are the studio, surely then both should be region free. I'm sure Lionsgate released Scream on blu-ray previously, i'm a tad confused...

I believe I can answer part of this.

There is another thread on HDN, I don't remember which one, where somebody mentioned that a Zavvi listing indicated that the release was region free. It showed the A, B, C letters in the listing. The 4K disc of course was region free but the Blu-ray disc or discs were Region "B". I believe Zavvi's listing was referring to the 4K disc although it didn't specifically say that..

Somebody or some people who bought it complained to Zavvi that their region code information was incorrect most likely because they couldn't play the Blu-ray discs.

So now I think you will see Zavvi erring on the side of caution by saying that the 4K discs are region free but the Blu-ray discs are Region "B" even if they aren't. There probably isn't really any way for Zavvi to be sure about region coding except for 4K discs being region free. They don't have this item yet so they wouldn't be able to test the discs themselves and of course no retailer is going to test the discs even if they did have them.

They most likely go by what information is provided to them by the studios, if any is provided at all. Paramount is one of the companies that doesn't print region code information on their J-Cards or on their discs.

I think it's safe to say that the Blu-ray disc, if there is one, will be region free.

live for RC, but code doesn't work for me.

Preordered. Not quick enough for the code but was fully expecting 29.99 so the slightly cheaper price makes up for it

My favourite horror film released on my birthday! Nice one.

Gonna wait for the finish on this one. No sale if it’s all matte. It will look awful with that art and colour tone

However, I would settle for a spot glossed title and knife as long as the matte is a smoooooooth matte.
Reactions: samdavies

General sale live for all
S

karl01 said:
Hope its a remastered Blu ray the first release was a bad transfer
Click to expand...

It won't be. It'll be exactly the same disc paramount released in the UK trilogy boxset last year.
Reactions: djjez83 and karl01

paulboland said:
Zavvi sold out for now
Click to expand...

Thank god I got that order in

i wish it was not zavvi as I had to order and set address to friends as I am not sure if I wold have moved house by then.
they dont allow address change just like HMV which is annoying

Looks like it's Matte finish with Gloss on the knife, no clue how this guy got it

Blu-ray SteelBook Yesterday at 9:14 AM
karl01