You are using an out of date browser. It may not display this or other websites correctly.
You should upgrade or use an alternative browser.
M Last edited by a moderator: Dec 1, 2015
Reactions: Shanester, XCII, goufcustom and 4 others 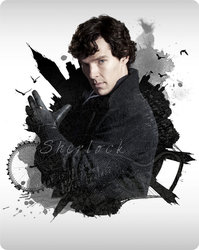 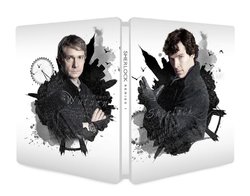 Instant purchase
Just a waiting for HMV Ireland to list this

i want Doctor who

Now that's nice. We just have to wait for David and the GB

will this be region free?

really want to get this series, but if it's region B then i will need to consider about it...

RabbitChen said:
will this be region free?

really want to get this series, but if it's region B then i will need to consider about it...

There are only 9 episodes total, so why the hell are the BBC releasing three separate SteelBooks? That's £60 for 9 episodes, or £6.66 per episode! What an absolute rip off! £19.99 is far too much for a SteelBook containing just three 1 & a half hour episodes! I'm pretty sure that they could have bundled them all in one package for a more reasonable price (like £30-£45). Such an unnecessary waste of materials! BBC have no clue whatsoever!
Reactions: boldnerd, pmwhelan, AlienKing and 2 others

Lovely designs on all three of these steelbooks, but unfortunately overpriced for me to be buying. As nice as they are I can't see many people paying these prices.

RabbitChen said:
but blu-ray.com says season 1, season 2 is region free
and season 3 has two edition, one is region free, one is locked B, C... 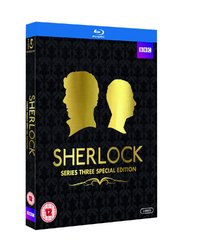 The steelbooks will be the standard Blu-ray Editions (2 Discs each) and are Region Free
It's very unlikely series 3 the steelbook to be the special edition 3 Disc version and even if it was it's only the bonus disc that is Region B/C
Last edited: Nov 11, 2015
Reactions: RabbitChen

The steelbooks will be the standard Blu-ray Editions (2 Discs each) and are Region Free
It's very unlikely series 3 the steelbook to be the special edition 3 Disc version and even if it was it's only the bonus disc that is Region B/C
Click to expand...

Thanks for all the info...

Cool that more tv series are getting steelbooks.
I've never watched these but would be up for them.
Bit pricey for me considering it's only a couple of episodes (I know they are like 90 mins long)

These are lovely but we already have the blurays Art work is good but really don't fancy shelling out 60 quid on all 3. Love the series though and I have the amaray versions.
Reactions: Flash

Flash said:
These are lovely but we already have the blurays

That's my thoughts, might not be able to resist though!
Reactions: Flash
V

Massive fan of SH in all his incarnations with a preference for Basil Rathbone closely followed by Jeremy Brett and Peter Cushing.
Naturally read all the long and short stories as a teenager and mindful that Conan Doyle went to the same school and by the fact that he used several of the school settings in his stories - in particular the Yew Walk for "The Hound of the Baskervilles".

That being said, I strongly feel that this is OTT pricing - GBP 60 for 3 individual steelbooks - when we could have had something similar to the Italian jumbo steel containing seasons 1 - 3 for the equivalent of GBP 35 and that could be followed by another jumbo steel for seasons 4 - 6.
Would go for the singles (unless the jumbo had bonus content not included in the singles a la "BttF" trilogy) but not on your nelly at 20 quid a pop - more reasonably @GBP 11.99 each.

The story doing the rounds when I was there back in the day (and probably one of those urban myths) is that Sir Arthur C.D. was expelled, or suspended, from school because he held up an umbrella whilst being reprimanded by one of the priests (Jesuit school so all masters were priests) who was well known for his habit of ejecting quantities of spittle with his telling offs.

I realise that it's not really relevant to the pricing of these three steelbooks but the
"Sherlock: Complete Seasons 1 - 3" boxset is available at Amazon and Zavvi for just under 20 quid . .
Last edited: Nov 11, 2015

Think it's safe to say that with HMV, these will become available in some kind of offer. I hope we're all on the same page and won't buy them at full price

This is cool. But the price is way too high to own it atm.
If they ever drop below £10 then I'll grab'em.
Show hidden low quality content

Blu-ray SteelBook Wednesday at 3:45 AM
Noodles

Catch Me If You Can - 20th Anniversary (Blu-ray SteelBook) [UK]