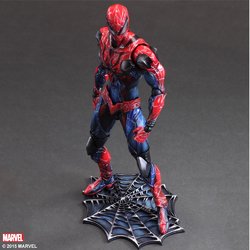 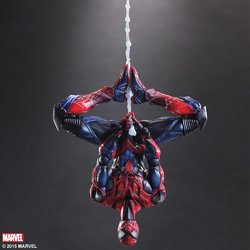 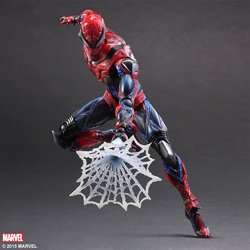 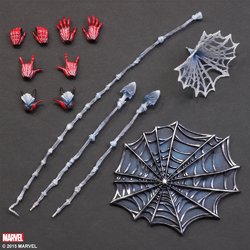 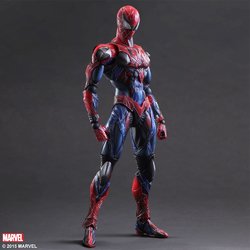 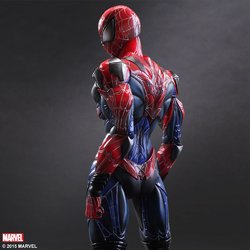 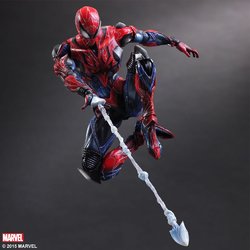 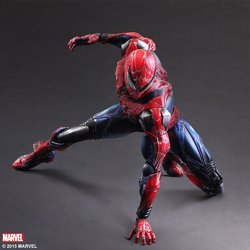 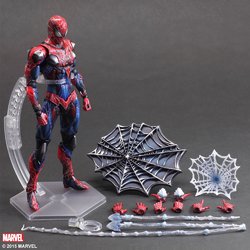 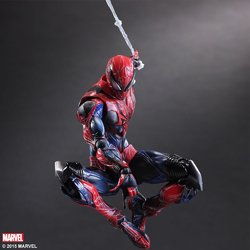 SUPER HEROES RE-IMAGINED BY PLAY ARTS KAI CRAFTSMANSHIP.
Spider-Man is an iconic MARVEL character who has appeared in various media, including comics, animation, and film. In our MARVEL UNIVERSE VARIANT, his joints were designed with one of the widest ranges of motion of any Play Arts KAI to date, so he can do whatever a spider can! Spidey retains his iconic slender, lithe physique and wide range of flexibility. His classic red and blue suit now has touches of black for added depth, and the iconic spider webbing is accentuated with a metallic sheen. Spider-Man can be posed slinging either translucent webbing from his wrists, or a net-shaped spider web to trap his foes. This figure comes with various interchangeable hand pieces to recreate all kinds of Spidey-like action poses, including his signature upside-down dangling pose.