Premiering in January 2017, CBS is developing a new series for the popular Star Trek franchise and will also be globally distributing. More info to follow.

"The brand-new Star Trek will introduce new characters seeking imaginative new worlds and new civilizations, while exploring the dramatic contemporary themes that have been a signature of the franchise since its inception in 1966."

Alex Kurtzman will serve as executive producer for the new Star Trek TV series. Kurtzman co-wrote and produced the blockbuster films Star Trek (2009) with Roberto Orci, and Star Trek Into Darkness (2013) with Orci and Damon Lindelof. Both films were produced and directed by J.J. Abrams.

The new series will be produced by CBS Television Studios in association with Kurtzman’s Secret Hideout. Kurtzman and Heather Kadin will serve as executive producers. Kurtzman is also an executive producer for the hit CBS television series Scorpion and Limitless, along with Kadin and Orci, and for Hawaii Five-0 with Orci. (Source: startrek.com)
Click to expand... 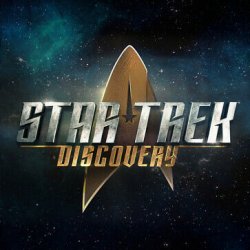 They can't do the the enterprise so i wonder how this will go.

Is this featuring the newer film cast?

I suspect it will take place in the rebooted universe so anything goes, really.

I think I've just died and gone to heaven....

Flash said:
Is this featuring the newer film cast?
Click to expand...

I wouldn't expect that even though I'd love that. But they want to "introduce new characters", so chances for that happening are highly unlikely.

Would be really cool if this takes place in the "rebooted movie universe" but the tv show is TNG!!!

...They should cast James McAvoy as Jean-Luc Picard... lol
Reactions: earthscope and Flash

Star Trek: Discovery is coming to CBS All Access in January 2017, following the premiere on the CBS Television Network, and will be distributed concurrently on Netflix in 188 countries and through Bell Media in Canada

"Due to the demands of having three television series in the works, Bryan Fuller (Hannibal) has reportedly stepped down as the showrunner"
L

The Show has been put back to March. And I suspect it'll be put back further and further as it proves to be very very problematic.

Sources also speak of a $9 million price tag per episode for now.

Wish they could get Rick Berman back

being star trek in todays world, it has no choice but to be SJW and Pc.The captain is a femal (for some odd reason)and i'm sure the whole cast will be bisexual or trans.
Reactions: C.C. 95

dboy99 said:
being star trek in todays world, it has no choice but to be SJW and Pc.The captain is a femal (for some odd reason)and i'm sure the whole cast will be bisexual or trans.
Click to expand...

Why is the fact that the Captain is female odd? I mean has already been an awesome female Captain in the Star Trek universe in Voyager.

I do however agree I just know that it's going to PC crazy which I find a shame things should just be and not have to be a set anything.
L

I just don't know what they could not have continued on the Next Generation with the Enterprise E with Riker at the helm and new adventures set 25 years after the original Encounter at Farpoint. Would have been far easier and to my point of view a lot more entertaining. Actually explore that world after 25 years.
Reactions: C.C. 95 and Flash
Show hidden low quality content