How’s this for a story, Miss Lane? Clark Kent goes into the phone booth and Superman comes out thanks to the quick-change feature!

Once assembled, the retro play set diorama creates the well-guarded House of Jewels storefront on one side, and a two-story diorama of The Mad Scientist’s lab on the reverse side. The lab comes complete with a drawbridge door that opens and rows of Mechanical Monsters with a secret volcanic cavern below where the monsters are forged.

THE 5 POINTS SUPERMAN – THE MECHANICAL MONSTERS (1941): DELUXE BOXED SET INCLUDES:
ACCESSORIES:
5 Points are Mezco’s upgrade to the articulated action figures of yesteryear. These highly detailed, poseable action figures feature some of pop culture’s most familiar faces, both old and new.

5 Points Superman - The Mechanical Monsters (1941): Deluxe Boxed Set is packaged in a collector-friendly box, designed with collectors in mind. 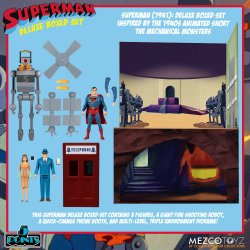 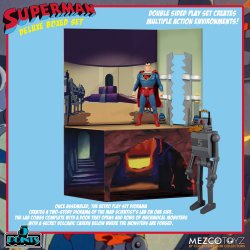 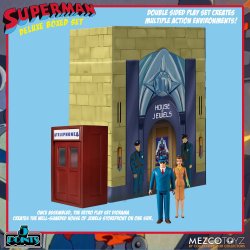 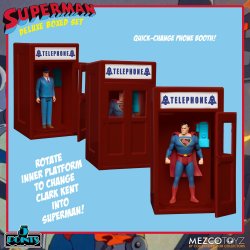 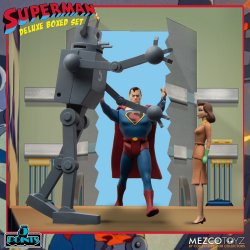 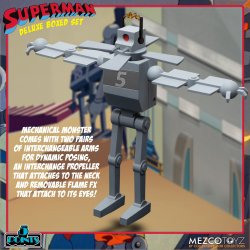 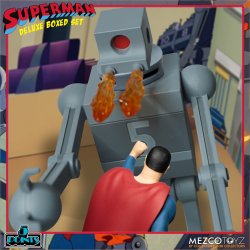 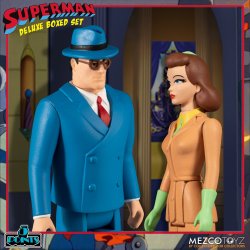 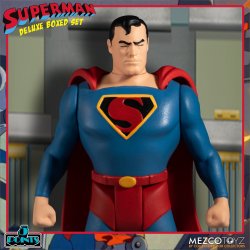 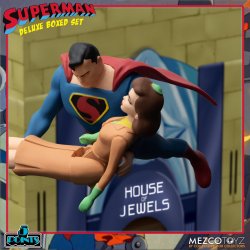