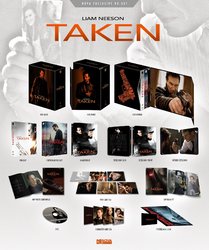 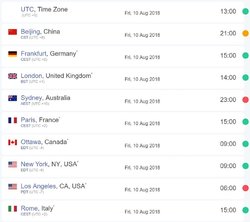 Hopefully, Taken 2 and 3 are not far behind.
Reactions: DMD4k

Not interested in this myself but Insidious sounds interesting!
Reactions: harry and Actarus

I wonder if the Korean BD is better than the UK Disc?

My UK disc the PQ is awful.
Reactions: paulboland

'I had another Liam Neeson nightmare. I kidnapped his daughter and he just wasn't having it. They made three of those movies. At some point you have to wonder if he's just a bad parent.'
- Deadpool -
Reactions: Steelselecta, number33, DADDYCOOL187 and 3 others

No thanks
Reactions: Radagast and Veronica Mars

Exciting to see this get premium treatment. 2 and 3 as well please.

Very good film though not one I've been needing a premium edition of, will wait and see what the packages look like

Why would anyone would want parts 2 and 3 though? They're terrible films

It looks nice enough but nothing special. I don’t think I need a premium edition of this title.
Reactions: Veronica Mars

Great film followed by two of the worst sequels in history!

If the slips are good I'm in.
Reactions: Steelselecta and JCC

kryptonite said:
Hopefully, Taken 2 and 3 are not far behind.
Click to expand...

Ashish said:
I would take this any day. Please do 2 and 3.
Click to expand...

I'll be in for a Premium copy

Great film, but I'm not too fussed about owning a premium edition... however, if the slips are nice enough, then I may be persuaded.
Reactions: number33 and Veronica Mars

Fortunate here in the UK with 2 of the 3 TAKEN steelbooks (June, 2012 & December, 2014) ... although admittedly neither as cool-looking as this new glossy black (10th Anniversary) edition ... which as a true modern evergreen classic - even without the de luxe treatment - is well-deserving of another release.

Nice to see one of the most quotable lines in film history given due prominence, "If you let my daughter go now, that'll be the end of it. I will not look for you, I will not pursue you. But if you don't, I will look for you, I will find you, and I will kill you."
True to his word he does 'off' some 35 people during the 93 mins. runtime. ... and a definite step-up from the uninspired and uninspiring Trilogy steelbook:-