This is one of the nicest slips I’ve seen in a while!

The Slip is matte and soft but the sunspots have a shine to them when you rotate the blu-ray. It has a very “dreamy” feel to it.
The Text is glossy, shiny, and embossed. Looks great.
The back also has a glossy areas on the photos.

Its region A.
As for the film it self, I quite liked it. Surprised how much I did actually. Worth picking up IMO. 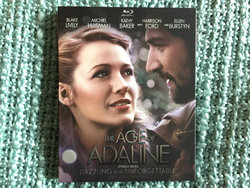 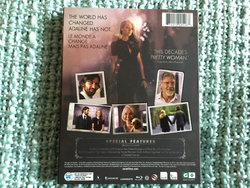 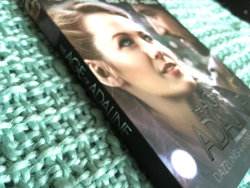 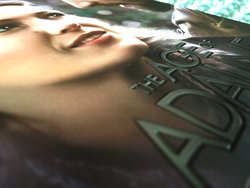 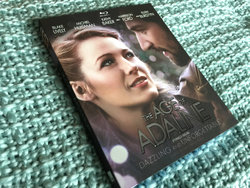 Can someone confirm if THIS STUNNING Slipcover comes with, when ordering it through amazon.com ?

@kaw, wow thanks happy for you thanks for the pics, really hope that amazon will have the same slip, and movie sound really interesting so will order it

I forgot to also mention that this edition includes a bunch of Adaline Postcards. @Actarus I bought it IN STORE at Best Buy Canada.
The reason why I didn't post an Amazon.ca link is because it doesn't show the slip so I can't guarantee it comes with one.

They also didn't have any of these at my Walmart store (it never came in). So I can't confirm that it is available there as well. sorry.

@goufcustom A blu-banner-less slip is always nice. Only it doesn't include dvd / digital copy. I'm ok with that though.
Reactions: PunkNinja, RekLess, tridon and 2 others

@kaw thanks so much for the info, are the bonus pictures included ''inside the blu amaray case'' so sealed up within the blu case with the disk,
or are they only inserted loose between the amaray case and slipcover ?

Best Buys customer service such they couldn't tell me if a certain store had copies, how many so I know I could chose from a bunch to get an OCD one... and store never answer, so I guess I'll have to take my luck with amazon.com but it has a picture of the blu-banner so it looks like its the picture inserted directly on the amaray case under the plastic. I guess I won't have a choice.

My local Walmart still have copies.

Actarus said:
@kaw thanks so much for the info, are the bonus pictures included ''inside the blu amaray case'' so sealed up within the blu case with the disk, or are they only inserted loose between the amaray case and slipcover ?
Click to expand...

The Postcards are sealed inside the amaray case.

@kaw and other Ninjas

Date: September 11 2015
Weather 25 Celsius what felt like 35 to 40 in direct sunlight
Time to obtain copy about 4 hours
Transporation: Bus (which I haven't taken in Ages (''ages'' hehe)
Subject: ''The Aging of Actarus'' trying to obtain a copy of The ''Blu-ray Bilingual SlipCover of ''The Age of Adaline''

Ok so after seeing @kaw's Picture of the Stunning SlipCover of the Bilingual version of the blu-ray of ''The Age of Adaline'' I just had to get it.
Amazon.com only had a picture which could be one that slips just under the plastic of the Amaray case, so no guarantee that it comes with a Slipcover
and the version on Amazon.com was blu-ray + DVD and on amazon.ca it was only the bilingual Blu-ray BUT didn't have picture of slipcover only bluray Amaray case. So I wanted that superb slip.

Now for 2 days trying to know which bestbuy had this in stock, No store ever answer the phones plus bestbuy.ca not available online and agents were not able to tell which store had copies. So I managed after 2 days to figure out which stores had how many copies. Also look at HMV as they carried the same just Blu-ray version bilingual Slipcover. OMG I think the Print run for my whole city must have been in the 10 copies or so. BB downtown only had 1 copy I was not going to go and get there to have a damage copy as I needed an OCD copy which complicated things. So I managed to figure out downtown had 1, another best buy on my friend's way to work had ZERO copies, and the one that I went to, had ONLY 2 COPIes in stock, so I got up earlier than usual, made myself pretty with my nice shoes and my headphones and listen to my music on the way there but blaring sun no trees to hide under it got hot FAST.

Arriving at BestBuy I tell myself ''ok 2 copies in stock there won't be any OCD for sure'' so I start looking I come across where the spot for it is, and only 2 copies so we always assume the first one is always the worse so I take both copies in hands, already back of shelf copy slip is far from OCD, so I turn to look at the first one and it is in PERFECT OCD CONDITION, what are the odds ??? so I pay for it tell the guy to be careful must think I was nut but I didn't want fingerprints on the only copy there lol so he understood scanned it, paid for it and left...I went To HMV they had 2 copies in stock and both were OCD so I was shocked, but come on such a moovie with countless DVD copies in both stores, only 4 blu-ray in the whole left part of the city ? So I had my copy which I was happy to know I had a perfect OCD copy and what I though could have been smudges were not as they were on the otehr 2 copies same spot. So I bought 3 more Amaray(Insurgent 3D+2D+DVD and The Second Best Exotic Marigold Hotel + Kingsman for the bluray as with our FAC copies when we play in a region A Player we get the Censored region C version so I had to get an Uncensored copy of it to watch until I get a region B player to be able to play my FAC copy) btw WOW for the second Best Exotic Hotel nice Slipcover was bilingual which I prefer the english ones only but didn't want to take the chance to place my Amazon.com order to get those 3 without Slipcovers so bought them even though there was french on it).

So this movie I have no idea why the distribution company thinks they will only sell so little of the bluray and had a tone of DVD versions. But for Canada this movie has its Blu-ray version and separate it has the DVD also. In the US they are smarter they include both blu-ray and DVD on the same release as it should be). So after all of this and taken so long to chose best copies. I finally get on my way home, waiting for bus sweat dripping down my back in blaring sun(I think I am a vampire I never go in the sun) so I get home, had just put my new close before leaving to look nice with my BEATS by Dr. dre headphones and now finally home had to take my 2nd shower as I don't like sweating lol anyhow all of that to say that I think they must have released only 10 copies for my whole city of this Superb Slipcover.

Which brings me to it, the slipcover I agree with @kaw its been a while I didn't see such an exquisite slipcover for a blu-ray. it is hard to describe how beautiful it is in hands, the title is embossed and the picture has almost a Golden Shine, and it has matt finish at places and spot gloss other places really hard to describe how beautiful it is reason why I didn't want to let this one go. The back artwork is matte finish with the little picture spot Gloss, a really exquisite blu-ray Slipcover.

Now I am exhausted lol but happy which I never thought first copy I pick up is OCD, what are the chances and what is the deal with eone to release so few little slipcover and a Tone of DVDs...

So here are some pictures of it, of course not as nice taken @kaw, but to prove the hell I went through lol to get one. 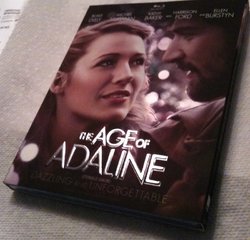 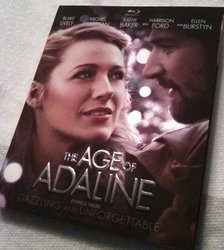 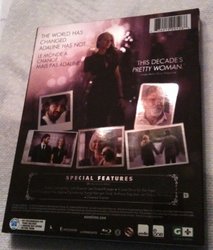 @kaw's Pictures are closer to the reality of its beauty in hands, my pictures as I always saw are taken with my iphone 3GS which suck in normal lighting, I need a new camera but hard when we have so little money and so many releases.

@Actarus Wow! nice work buddy!
Glad you were able to get your hands on this. I hope that it was all worth it for you to get a mint copy.
It really is a beautiful slip. I'd recommend it to anyone.

And the postcards are a nice added feature too IMO. Does anyone know if they come in the USA release of this?
Reactions: Actarus

kaw said:
@Actarus Wow! nice work buddy!
Glad you were able to get your hands on this. I hope that it was all worth it for you to get a mint copy.
It really is a beautiful slip. I'd recommend it to anyone.

And the postcards are a nice added feature too IMO. Does anyone know if they come in the USA release of this?
Click to expand...

Yes it was ALL worth it having found my OCD copy, I was so tired back home so I didn't open it yet to see those amazing Postcards that I see are inside the amaray case as you can see through... so much work sometimes to get what you want, but I should go in store more often as opposed to always rely on amazon.ca and .com

Thanks for the thought

The US release, I have it in my pasket, will place my order end of month when I have money, but if no one posts the info I will get the US copy just so to know how it comes, with or without slip and if postcards are included, so I will bite the bullet and keep it in my order and let you all know once I get it

Any chance anyone can get a decent copy and post to uk?
7

Thanks to the very very kind AlienKing now have this on the way.
Reactions: AlienKing
A

I ordered this from Zeus and it arrived without the slipcover. I am having terrible luck lately with Canadian slipcovers.

AirZonk said:
I ordered this from Zeus and it arrived without the slipcover. I am having terrible luck lately with Canadian slipcovers.
Click to expand...

One of the few Canadian retailers that ships to USA.
Reactions: AlienKing

One of the few Canadian retailers that ships to USA.
Click to expand...

Had no idea. Thanks

I just watched the movie tonight and this is one not to miss for the Romantic at Heart, This Romance/Drama has a Unique and enchanting story I found myself falling into the movie, being captivated and getting lost in the story. It was nice to have a nice little escape from reality. Worth watching, touching, lovely....
Last edited: Oct 4, 2015
Reactions: AlienKing and Prazzers
A

Ordered this from Amazon.ca and it arrived without a slipcover. Now I have two slipless copies, which is a waste of money. I'm not sure I want to order a third copy from another retailer unless I can guarantee a slipcover.
Show hidden low quality content