You are using an out of date browser. It may not display this or other websites correctly.
You should upgrade or use an alternative browser.
Added to Calendar: 09-24-20 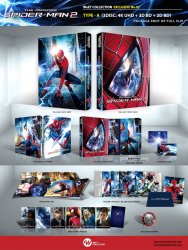 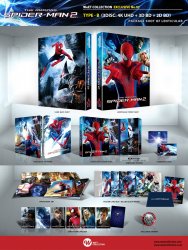 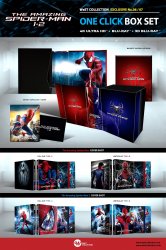 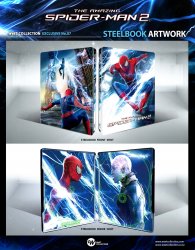 i already secured both full slips

wanted to buy the OC, but the lenti of part 1 sucks big time, so...

do you plan to OC this spidey dude?
Reactions: goufcustom

Fantastic fullslips—though I'm going to (try to) stand strong and not get these. But my favorite part of this release is that it was announced, and then three weeks later we get to see photos of the actual product—before the preorder, and while the GB is still available. That's the way it should always be. No more of "announce something, then two years later take preorders, then show blurry photos, then several months later ship."
Reactions: milky, YellowCake, CleverLoginName and 3 others

wanted to buy the OC, but the lenti of part 1 sucks big time, so...

do you plan to OC this spidey dude?
Click to expand...

i didn't OC for many years really couldn't afford, and i totally agreed with you, part 1 is really underwhelmed i might do the same thing go with both full slips...

How much does the shipping cost for the GB OC typically run for delivery to US?
A

this release is gorgeous photographed. glad i went for the the oneclick. i hope they do release a set for the Raimi trilogy after Endgame.
Reactions: Billy Talent and DMD4k

After seeing the photos I have gone for both Full Slips

. Those Lenti editions are really bad apart from the OC Lenti. Goes against my collection but will have to make an exception for these
Reactions: Billy Talent

VelmaTheBulldog said:
How much does the shipping cost for the GB OC typically run for delivery to US?
Click to expand...

Around $35-40 but all depends on total shipping cost depending on # of orders coming to US.
Reactions: VelmaTheBulldog

i dont own this film yet, probably the one i like the least but the revel of the slips and the fact i wanna complete my saga made me to get it now, oh well here we go ordered!
T

Stunner of a box it has to be said The box looks excellent but unfortunately it houses the overkill of 4 editions when only 1 edition of each movie would have been perfectly sufficient and would have shown mercy to our wallets.
Reactions: ariba266
S

That does it. 2 Full Slips and an OC ordered. My bank account hates me.
N

These sold out surprisingly fast. I just got in by the skin of my gonads to snag a lenti.
Reactions: goufcustom

yeah i didn't think it would be gone this fast, got ZERO on both lol, that's fine this day you, when you secured your copy via GB

TheCollector86 said:
you, when you secured your copy via GB Items for sale by galaxy-estore | eBay

Thanks snagged the full slips. Think there’s only a couple going aswell

Items for sale by galaxy-estore | eBay

All back in stock, just ordered the one click, $61 shipping to UK.
Reactions: Steely-Booked

Ali D said:
All back in stock, just ordered the one click, $61 shipping to UK.
Click to expand...

WOW, cheaper delivered through a GB I've seen elsewhere than a direct purchase!