Two decades after its original negatives were burned in a fire, Satyajit Ray’s breathtaking milestone of world cinema rises from the ashes in a meticulously reconstructed new restoration. The Apu Trilogy brought India into the golden age of international art-house film, following one indelible character, a free-spirited child in rural Bengal who matures into an adolescent urban student and finally a sensitive man of the world. These delicate masterworks—Pather Panchali (Song of the Little Road), Aparajito (The Unvanquished), and Apur Sansar (The World of Apu)—based on two books by Bibhutibhusan Banerjee, were shot over the course of five years, and each stands on its own as a tender, visually radiant journey. They are among the most achingly beautiful, richly humane movies ever made—essential works for any film lover.

PATHER PANCHALI
Satyajit Ray 1955
A depiction of rural Bengali life in a style inspired by Italian neorealism, this naturalistic but poetic evocation of a number of years in the life of a family introduces us to both little Apu and, just as essentially, the women who will help shape him.

APARAJITO
Satyajit Ray 1956
As Apu progresses from wide-eyed child to intellectually curious teenager, eventually studying in Kolkata, we witness his academic and moral education, as well as the growing complexity of his relationship with his mother.

APUR SANSAR
Satyajit Ray 1959
Apu is now in his early twenties, out of college, and hoping to live as a writer. Alongside his professional ambitions, the film charts his romantic awakening, which occurs as the result of a most unlikely turn of events, and his eventual, fraught fatherhood. 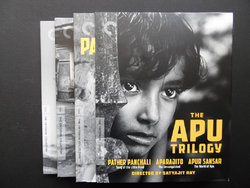 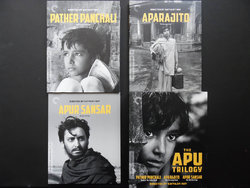 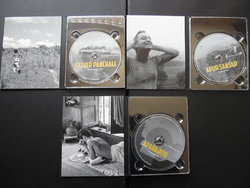 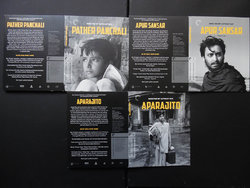 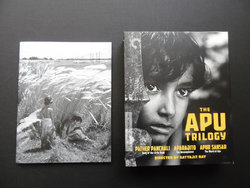 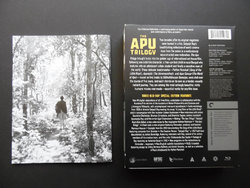