The Crow (1994) became famous before it was even released, due to the tragic death of star Brandon Lee in an on-set accident. Alex Proyas’ supernatural revenge thriller, based on a comic book, was met with critical and fan acclaim. It became a box-office hit and tribute to its fallen star, leading to a franchise of sequels and a television series.

The Crow features a masterful score by Graeme Revell (Dead Calm, The Hand That Rocks the Cradle). With a background in what is typically called “world music,” Revell radically reinvented the grammar of film scoring by incorporating the authentic sonorities of non-Western cultures far more extensively and adroitly than had ever been attempted.

“The uses of ‘world music’ in film history had most often been direct references to location, race or culture,” writes Revell in a new introduction to this Deluxe Edition. “The opportunity instead to use all these sound sources in a fantasy setting like The Crow could release them from these confines. I heard them as universals. The key was my love of this music—especially Middle-Eastern—and my respect for it both within and outside of its regional or ethnic context. In the same way Western music had penetrated other cultures, it was clear to me that the inverse was bound to happen.”

Under Revell’s expert hand, the Crow score is a unique mélange of synthesized, industrial, vocal, non-Western and Western elements—with everything from tribal drumming to rock guitars, children’s choir, blues riffs and bird samples, to a 50-piece string orchestra. It is dramatically impeccable, sonically inspired and beautifully produced.

This Deluxe Edition greatly expands the program, and includes Revell’s end title song, “It Can’t Rain All the Time,” performed by Jane Siberry. New liner notes are by Revell and Randall D. Larson. 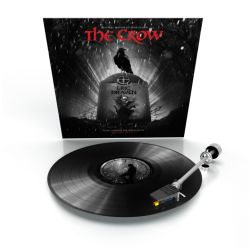 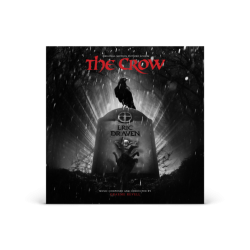 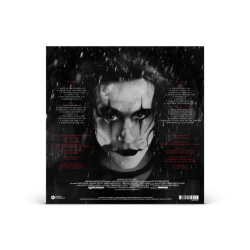 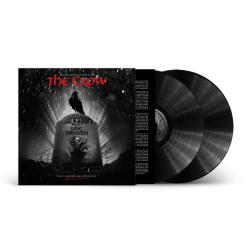 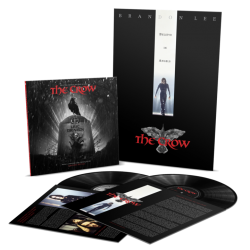