Completed The Falcon and the Winter Soldier (Season 1) [Disney+]

Winter Soldier / Falcon TV Series
Disney is developing a Falcon/Winter Solider team-up television series that would reunite frenemies Sebastian Stan and Anthony Mackie on the small screen Disney streaming service. We learned this news independently, but a new story from Variety has revealed that Disney has tapped Malcolm Spellman as the writer for the new series, which is currently in development.

Stan and Mackie have been playing this up in interviews, telling various outlets that they are ready and interested whenever the subject came up. Stan has even described his idea for a Falcon/Winter Soldier movie as a buddy comedy film: “To me, it’s like Martin Brest film classic, Midnight Run, you know. It’s really just sort of in my head, like, 48 Hoursor a buddy comedy from the ’80s or the ’90s. That’s how I see it.” Who knows what Disney and Feige’s plan for the series actually is.

The last time we saw Bucky, he had some recovery time in Wakanda, where he became known as “White Wolf” by the Wakandan people. Alongside Falcon, he tried to help the Avengers stop Thanos from obtaining the Infinity stones in the Battle of Wakanda, but they were unsuccessful and both Falcon and Bucky were turned to dust. We obviously know that the events of Avengers 4 will restore both of these heroes, but it’s also expected that the MCU will be changed in other major ways. It’s expected that these Disney Play shows could address some of the world-changing effects, although it’s ultimately unknown what the story will be about.
Click to expand... 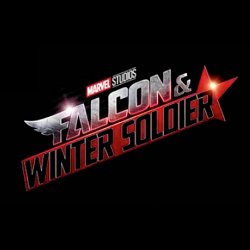 Ugh, I would've been all for this if it didn't star Mackie... can't stand the guy. Plus I find his character to be extremely boring lol. Would love to see more of the Winter Soldier though!

Great to see Wilson as the new Cap

They both look really cool in that picture

Looking forward to this.

Really cool news that Civil War's Daniel Brühl and Emily Van Camp are in talks to join this!!!

I liked Zemo in civil war but I really wanted him to have his full on costume from the comics. Fingers crossed they will do that in this!
They gotta, right? If it seemed like some of your favorite Avengers didn’t get enough screen time in Avengers: Endgame, it’s understandable; after all, there were so many of them! However, Marvel might also be reserving some characters for TV series lined up to debut on Disney+ in the coming years.

Phase three of the MCU may be ending in July with Spider-Man: Far from Home, but that doesn’t mean we’ll be missing out on more content featuring the Avengers. It’s been about a month since Endgame was released, so we must now look to the future. If you don’t already know, there will be several series premiering on Disney+ that will explore MCU characters including Loki, Hawkeye, Vision and Scarlet Witch, and Falcon and Winter Soldier.

Over the past week or so, several details have been revealed regarding the first of the three projects to begin production. The Disney+ streaming platform will be available worldwide on November 12, 2019. With that, The Falcon and Winter Soldier miniseries, in which Sebastian Stan and Anthony Mackie will reprise their roles, has been given a tentative release date: August 2020. So far, no other original series set to premiere on the platform have release dates.

The six-episode Falcon and Winter Solider series will be directed by Kari Skogland and, according to Sebastian Stan, will begin filming this fall in Atlanta, Georgia. In addition to Stan and Mackie, two other characters that played big roles in previous MCU adventures will also be coming back: Both Emily Van Camp and Daniel Bruhl are reportedly returning as Sharon Carter and Helmut Zemo, respectively, for the first time since 2016’s Captain America: Civil War. Exact plot details are still under wraps, but Kevin Feige hopes to explore the unconventional relationship between the two unlikely allies. On that subject, Feige said the following:

“They have great chemistry. You will see much more of that chemistry and learn much more about both of them.”​
Sebastian Stan also spoke about what he expects the show to delve into. He said:

“I think it’s time for Bucky to go out there and have an identity outside of the circumstances that we’ve met him through, so, I don’t know, he might do all kinds of things. He might even go on a date. I don’t know. Scary world out there, you know? Apps, things like that. I don’t know what he’s gonna do. I can’t see him on an iPhone….”​
And now that Falcon bears Captain America’s shield, the consequences of having a new Avenger in town will need to be addressed, as well. Once the show begins filming, more details about this team’s upcoming adventures will surely come out.

The Falcon and Winter Soldier will be available next summer, only on the Disney+ streaming platform.

via The Real Stan Lee “John Wick” creator Derek Kolstad has joined the writing team on the “Falcon & Winter Soldier” limited series for Marvel Studios, an individual with knowledge of the project exclusively tells TheWrap.
Click to expand... Not sure if I'm feeling the Short hair Bucky... feels a lot less "cool". 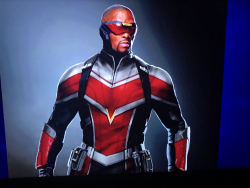 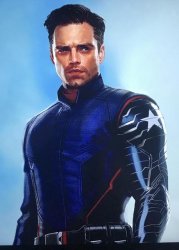 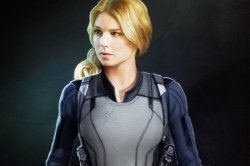 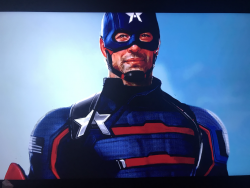 Man!!!!!!!!!!!!
When I thought The Mandalorian + Mini-Drum watching Chip 'n Dale: Rescue Rangers 1989 show were both enought to "sold-out" my Disney+ Subcription, well then, Disney brought us this!!!!

Bob Iger has confirmed this will premiere August 2020!

Captain America 4 - In the Works

MARVEL THE FALCON AND THE WINTER SOLDIER FUNKO POP! VINYL