Horror-Theatrical The Hallow - In theaters November 6, 2015

Plot: A family who moved into a remote mill house in Ireland finds themselves in a fight for survival with demonic creatures living in the woods.[/MOVIE1][POSTER1] 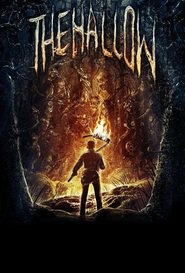 IFC Films will release The Hallow in theaters and on VOD November 6th.

Deep within the darkness of secluded forest land in rural Ireland dwells an ancient evil. Feared by the nearby superstitious villagers as cursed creatures who prey upon the lost, their secrets have been kept from civilization and remain on their hallowed ground. But when a conservationist from London moves in with his wife and infant child in order to survey the land for future construction, his actions unwittingly disturb the horde of demonic forces. Alone in a remote wilderness, he must now ensure his family’s survival from their relentless attacks.
Click to expand...

Looks good. I like the line, "If you trespass upon them, they'll trespass upon you." That said, it seems like there'll be a lot of 'eyeball horror'... and it seems like a lot of horrific stuff will happen to the dog, so I'm debating whether I want to sit through that.
Show hidden low quality content

Horror-Theatrical The Devil's Candy - In theaters and VOD March 17, 2017

Horror-Theatrical The Monster - In theaters November 11, 2016