Stygian said:
So what might your guess be as to what is on the DVD?
Click to expand...

DVD will have the Film+Extras

paulboland said:
DVD will have the film

This why listings on Amazon/Zavvi/HMV and other UK retailers for the collector edition list the following
UHD & Blu Ray & DVD Disc
Click to expand...

Strange seeing a 4K disc and a DVD of the film in the same collection when it already includes a Blu-ray as well.

Stygian said:
Strange seeing a 4K disc and a DVD of the film in the same collection when it already includes a Blu-ray as well.
Click to expand...

As the above 1 disc standard editions for both Blu-ray and DVD these have film+ extras on the disc
The image in the mock up of the collector edition showing a second Blu-ray disc is an error
It's meant to show DVD and also why has artwork TBC
Reactions: Stygian

Anyone got any ideas whether this would be housed in an amaray (so making it easy to swap with a steelbook) or a booklet thing (like in the escape from new york collectors edition)?

davetherave said:
Anyone got any ideas whether this would be housed in an amaray (so making it easy to swap with a steelbook) or a booklet thing (like in the escape from new york collectors edition)?
Click to expand...

This is how Studiocanal package their collector editions

Canceling my Amazon.co.uk order right now! Just received my copy of The Thing 4K Collector's Edition and it looks like someone dropped a cinderblock on it! Even opted for paying for DHL shipping it hope that it would survive UK to USA shipping, no such luck! Amazon only used a paper envelope to ship it in.

Yah, that was a complete waste!

Standard 4K Edition getting a release in December 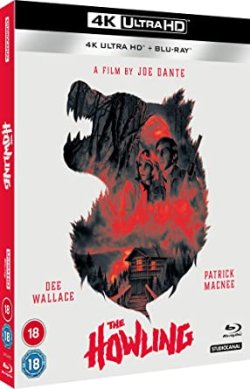 I just got my dispatch email from Amazon
Amazon logistics

Says will be delivered tomorrow which is possible as tracking is showing
Initiated customs clearance process
Dublin, Swords 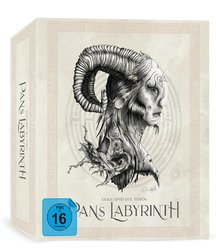 UK unboxing video of both steelbook and collector's edition

Just unwrapped mine along with the steelbook. Nice little collectors edition and I gotta say once again, I love the art on this!

I know these digipack editions are prone for spine creases and mine arrived like this i have had one in past but mostly lucky.
Even the thing set which has weaker box arrived ok with unnoticeable crease.
This one right up the spine in few areas of opening side and even steelbook has small ding front and looks slightly bent top end of opening side.
I have had a good run of stuff from zavvi but when stuff arrive like this this is the reason i try and buy less as it's pot luck what you end up with.
Show hidden low quality content