Plot: Long before the evil Queen Ravenna (Theron) was thought vanquished by Snow White’s blade, she watched silently as her sister, Freya (Blunt), suffered a heartbreaking betrayal and fled their kingdom. With Freya’s ability to freeze any enemy, the young ice queen has spent decades in a remote wintry palace raising a legion of deadly huntsmen—including Eric (Hemsworth) and warrior Sara (Chastain)—only to find that her prized two defied her one demand: Forever harden your hearts to love. When Freya learns of her sister’s demise, she summons her remaining soldiers to bring the Magic Mirror home to the only sorceress left who can harness its power. But once she discovers Ravenna can be resurrected from its golden depths, the wicked sisters threaten this enchanted land with twice the darkest force it’s ever seen. Now, their amassing army shall prove undefeatable…unless the banished huntsmen who broke their queen’s cardinal rule can fight their way back to one another.[/MOVIE1][POSTER1] 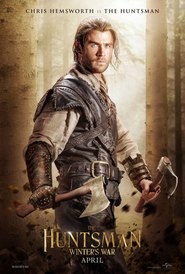 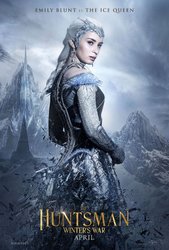 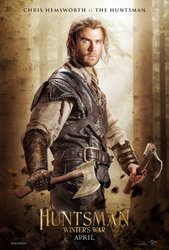 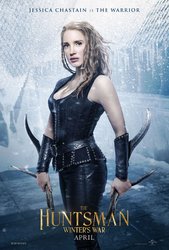 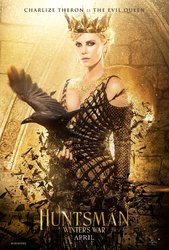 Reactions: Hamill82, tridon, DADDYCOOL187 and 3 others

Me likey those posters! They all look great, especially Chastain, great new look! And Blunt reminds me of Zelda!!!
Oh and no Kristen "boring-face" Stewart in this.... This is a winner already!!!!
Reactions: kaw

I actually enjoyed the first one so i'm sure I'll like this too. But I feel like they are trying to cash in on Frozen's success.

I really like the first one too and I actually liked Kirsten Stewart in it (only other films I can remember liking her are adventure land and panic room)
But I have a feeling this won't be that dark style like the first. Will have to see the trailer when it comes. Glad charlize is back

Looking forward to having a little peek at this

The Ice Queen is for this Alien King

Nice, looking forward to it. 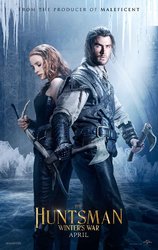 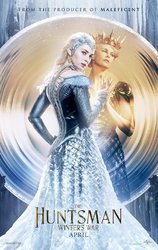 You know, I feel bad for Chris Hemsworth. He has a tough life. For example, with this film, the poor guy had to work with three of the most beautiful women in Hollywood -- Charlize Theron, Emily Blunt, and Jessica Chastain. And to top it all off, he has to go home to freakin' Elsa Pataky at the end of the day. Seriously, I don't know how his heart holds up.
Reactions: AlienKing and bloodsnake007

The Trailer is HERE!

Just seen the trailer and to be honest I'm dissapointed.
Love hemsworth, love theron and blunt but this looks like it's lost.
Looks Nothing like the original with that dark tone and more cheesey

Will give this one a watch when it comes to theatre's. Though not getting my hopes up for it being as good as the first one.

No way!!! All my favorite girls in the same movie, Charlize Theron, Emily Blunt, Jessica Chastain

The Trailer is HERE!

I can't comment on how this movie will turn out.
But I think...I think I will like this movie

I can't comment on how this movie will turn out.
But I think...I think I will like this movie

Horror-Theatrical The Forest - In theaters January 8, 2016