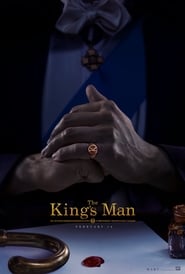 With Kingsman, Vaughn is planning quite an expansion with the franchise, including a third film in the main series (concluding the Harry Hart-Eggsy relationship as he says) and a spin-off about the Kingsman in the early 20th century titled Kingsman: The Great Game. Vaughn confirmed to the outlet that those two movies will film back-to-back as well. In addition, Vaughn is making plans for an eight-hour Kingsman TV series, though no details were given on what to expect there, as well as a spin-off about the Statesman, the American counterpart that featured Channing Tatum, Jeff Bridges, and Halle Berry in the sequel.
Click to expand...

I'd happily welcome more Kingsman! As for Kick-Ass... I wish he'd continued with it rather than handing it over to a new director, who basically ruined my excitement for any more.

Though the first one is still the best, I love the second and aso enjoyed the Red Diamond comic run so anything Kingsman related has my interest

Manners will maketh the man once again, as Fox has officially announced a third Kingsman movie will be released next year.

Fox has set an untitled Kingsman movie for a November 8, 2019 release.
Matthew Vaughn, who wrote and directed the first two movies, is back on board to write, direct and produce the third entry in the series.
Reactions: Drum18, yeslek and Noodles

kaw said:
Manners will maketh the man once again, as Fox has officially announced a third Kingsman movie will be released next year.

Fox has set an untitled Kingsman movie for a November 8, 2019 release.
Matthew Vaughn, who wrote and directed the first two movies, is back on board to write, direct and produce the third entry in the series.
Click to expand... Aaron Taylor-Johnson (re-teaming with Vaughn after Kick-Ass 2) and Gemma Arterton (The Escape, Netflix’s Watership Down) have joined the cast of Kingsman: The Great Game, EW has learned.

Vaughn, returning to write and direct, always intended the Kingsman films to be a trilogy. He previously spoke about potential plans for a more traditional sequel to Kingsman: The Golden Circle for “the conclusion of the Harry Hart-Eggsy relationship.” However, The Great Game is not that.

The subtitle is one Vaughn mentioned during past interviews in reference to a prequel that would follow the organization of Kingsman agents in the ’90s. Taron Egerton, the star of the past two Kingsman movies as Eggsy, will sit this one out as The Great Game will be the origin of the Kingsman story.

Kingsman: The Secret Service introduced Eggsy as a London rabble-rouser recruited to try out for the Kingsman spy agency under the tutelage of Colin Firth’s Agent Harry Hart. The sequel, Kingsman: The Golden Circle, took the agents to meet the organization’s American brethren, The Statesman, to take down drug kingpin Poppy (Julianne Moore). I saw Harris Dickinson In The Darkest Minds earlier this year and while that movie sucked, while watching it I kept on thinking to myself, this dude is going to be a star. Glad he is getting big roles like this because he's awesome. Really looking forward to this even though its a prequel.

Looks great, dunno how great it is that it's coming out in September. Likely going to flop if it does.

Was this always due out in Sept?