Plot: Tarzan, having acclimated to life in London, is called back to his former home in the jungle to investigate the activities at a mining encampment.[/MOVIE1][POSTER1] 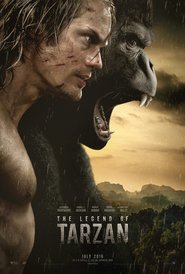 The first images from director David Yates’ upcoming The Legend of Tarzan have just come online via USA Today! In the gallery viewer below, check out two different shots of leading man Alexander Skarsgård (“True Blood,” Battleship) as Tarzan himself! One of the pictures also features Margot Robbie (Focus, The Wolf of Wall Street, upcoming Suicide Squad) as Jane. You can expect the first trailer for The Legend of Tarzan to be released online soon, so check back for updates as they become available.

In The Legend of Tarzan, it has been years since the man once known as Tarzan (Skarsgård) left the jungles of Africa behind for a gentrified life as John Clayton III, Lord Greystoke, with his beloved wife, Jane (Robbie) at his side. Now, he has been invited back to the Congo to serve as a trade emissary of Parliament, unaware that he is a pawn in a deadly convergence of greed and revenge, masterminded by the Belgian, Captain Leon Rom (Waltz). But those behind the murderous plot have no idea what they are about to unleash. 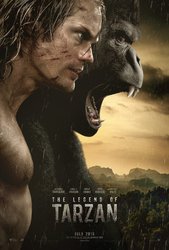 Margot Robbie as Jane and Harley Quinn in the same year.
Yum

Nice looking trailer, will definitely be watching this. 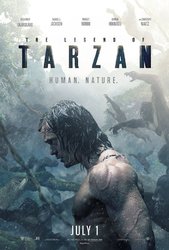 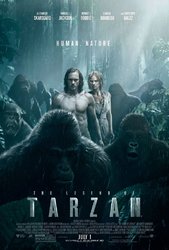 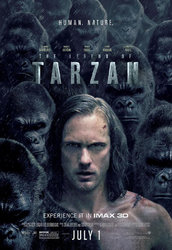 This looks like it will have good action and it's not a bad cast but is it just me or do the apes and Lions look like really poor CGI? some of the other animals too
Show hidden low quality content

The Blob - In theaters TBA

Netflix The Power of the Dog - Streaming December 1, 2021