Plot: An aspiring model finds herself in a terrifying predicament with her survival hanging in the balance.[/MOVIE1][POSTER1] 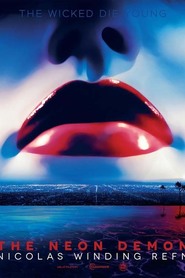 
There isn't all too much info at this point but I figured with so many Drive fans floating around in here, people would be interested to hear a scant few details and check out the first poster (or concept?) image for Nicolas Winding Refn's all-female horror flick.

Credit goes to http://twitchfilm.com/ for the info:

After Only God Forgives (in competition at Cannes Film Festival 2013), Gaumont and Wild Bunch team up again to co-finance and co-distribute the next film by Nicolas Winding Refn.

The Neon Demon reveals a horror tale with a young female driven cast, written by NWR and Mary Laws.

About the origin of the movie, Refn said, "One morning I woke and realized I was both surrounded and dominated by women. Strangely, a sudden urge was planted in me to make a horror film about vicious beauty. After making DRIVE and falling madly in love with the electricity of Los Angeles, I knew I had to return to tell the story of THE NEON DEMON."

Principal photography is set to begin in the first quarter of 2015 and will be filmed in Los Angeles, CA. The cast will be announced later this year. Refn's regular collaborators, editor Matthew Newman (Bronson, Drive, Only God Forgives) and composter Cliff Martinez (Drive, Only God Forgives) will be joined by director of photography, Philippe Le Sourd (The Grand Master) on the production of NWR's film.

Gaumont and Wild Bunch will be selling the movie at the upcoming AFM for a 2016 release.

"I'm very excited to continue my wonderful relationship with Wild Bunch and Gaumont on my next film, THE NEON DEMON. This movie is a manifestation of the strong ties between us and will lead to many more adventures," said Nicolas Winding Refn.

I just hope this one will get NWR back on track after Only God Forgives.

Last edited by a moderator: May 3, 2015
Reactions: ocielz, AnubisNefer and lolwut

Can't wait! Refn + my favorite genre? I think Only God Forgives is underrated, and Drive is one of my favorite movies.

Cannot wait for this, love(2nd favorite film of all time) Drive, loved OGF. Man just having the same collaborators is awesome. I remember reading him saying that Mulligan would be the main character.

A month into filming and we have our first photo from the film... Oh, and in regards to NWR's previous films... I enjoy them all. Drive is my all-time favourite film now, and I also love Only God Forgives, Bronson and Valhalla Rising. His Pusher trilogy is also pretty cool! I'm yet to see Bleeder and Fear X though. Really looking forward to Neon Demon, especially since it has such a great cast (Elle Fanning, Keanu Reeves, Christina Hendricks, Jena Malone). Looking forward to this, Nicholas Winding Refn has befn making some great films. @Noodles you should check out Fear X mate. It's a good thriller, it's not as good visually as his later films but it's definatly worth checking out.

Sigill said:
Looking forward to this, Nicholas Winding Refn has befn making some great films. @Noodles you should check out Fear X mate. It's a good thriller, it's not as good visually as his later films but it's definatly worth checking out.

It's been on my watch list for a while, but now that you've reminded me, I might try and get around to watching it soon!
Reactions: Sigill Me either! It's my second most anticipated film of the year (Rogue One being the first). Looks like NWR has delivered another stunning piece of cinema. I'm a bit disappointed that we didn't see anything of Keanu Reeves in the trailer though... makes me think he may only have a small role. Oh well, not long to go until we get the full film now anyway.

Oh I serioulsy can't wait for this. Looks stunning and my kind of film

Elle fanning is a fantastic actress and I think when she's older will be one of be greats. Much better than her sister

Looks fantastic! Seems to be another visually stunning film from NWR. Can't wait to see this! 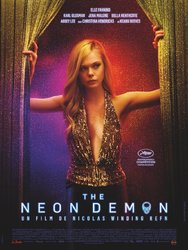 What I hell! I was hoping to see THE ONE at least in this trailer and we get ONE SECOND of him?

Flloydo said:
Yeah I have a feeling Keanu will have a smaller role (maybe the devil

That would be so epic! From being an Advocate to the Devil himself. Hmm UPGRADES!?

I can imagine him playing that part to perfection.

I'm really hoping we get a nice edition for this too. A digibook or steelbook would obviously be nice, but I think a digibook would work best since there's so many gorgeous looking shots in the film. Either way, I'll probably buy every edition released!

AlienKing said:
What I hell! I was hoping to see THE ONE at least in this trailer and we get ONE SECOND of him?

That would be so epic! From being an Advocate to the Devil himself. Hmm UPGRADES!?

I can imagine him playing that part to perfection.