Obviously, the Korean edition is the only one to include the uncut version.

Hooltra said:
Obviously, the Korean edition is the only one to include the uncut version.
Click to expand...

What is particularly frustrating is that the extended version of the film received a new remastering a few years back for a limited theatrical release in the UK, yet has never been commercially released anywhere for home video.
Last edited: Mar 14, 2016

The European disc has Korean subtitles. My guess is that the disc will be the same old disc.
Last edited: Mar 14, 2016

eLviS1987 said:
The European disc has Korean subtitles. My guess is that the disc will be the same.
Click to expand... 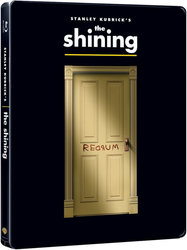 And then swapped the disc in the German Steelbook with a disc from a U.S. Amaray version (which can be had for very cheap). 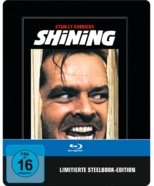 ...and now you have both versions in steelbook- simple! PLUS: I inserted my own inside art on the German steelbook- I did a an image flip-flop, which I think works well. I always prefered the German 'poster art' Steelbook to the UK one. That's such an iconic image and makes for a much better steelbook IMO.
Reactions: C.C. 95 and ChrisIW
Show hidden low quality content