The untitled spinoff will serve as the third show of the television franchise, following The Walking Dead and Fear the Walking Dead. According to AMC, the series will feature two young female protagonists and focus on the first generation to come-of-age in the apocalypse. Some will become heroes, some will become villains. In the end, all of them will be changed forever. Grown-up and cemented in their identities, both good and bad.

The Walking Dead spinoff will be showrun by writer and producer Matt Negrete alongside chief content officer Scott M. Gimple. The series has been given a 10-episode order and will premiere on AMC in spring 2020.
Click to expand...

The Walking Dead: World Beyond expands the universe of The Walking Dead, delving into a new mythology and story that follows the first generation raised in a surviving civilization of the post-apocalyptic world. Two sisters along with two friends leave a place of safety and comfort to brave dangers, known and unknown, living and undead on an important quest. Pursued by those who wish to protect them and those who wish to harm them, a tale of growing up and transformation unfurls across dangerous terrain, challenging everything they know about the world, themselves and each other. Some will become heroes. Some will become villains. But all of them will find the truths they seek. 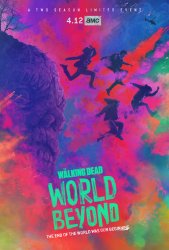 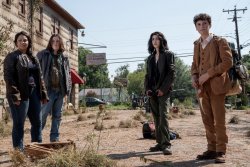 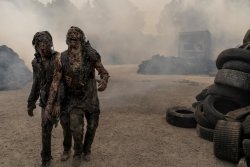 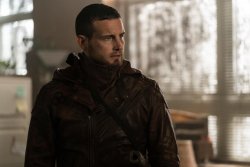 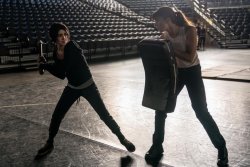 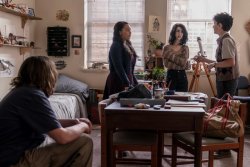 ‘The Walking Dead: World Beyond’ Wrapping Post-Production, With Fall AMC Premiere On Track

snippets from the comic-con@home panel 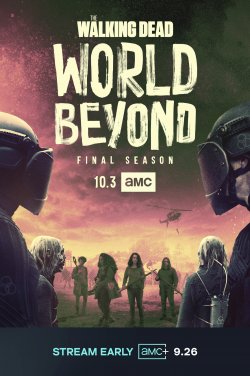 AMC also debuted a new trailer and revealed the latest key art for The Walking Dead: World Beyond Season 2.

“We are thrilled to have the terrific Pollyanna McIntosh back as Jadis, and we’re excited for viewers to see how she collides with the characters in this part of the Universe,” said Gimple. “In our story, years have passed -- we’ll get hints of what happened with that fateful helicopter ride and learn Jadis has new allies and alliances; she is a big part of connecting the CRM and Three Circles mythology that’s seen throughout all three series. We can’t wait to share it all with fans of the TWDU,” said Gimple.

“I love the character of Jadis and I love this world so getting to inhabit her again in collaboration with the talented team at The Walking Dead: World Beyond in beautiful Richmond, Virginia was a joy. I hope audiences will catch up with the first season now so they can fully enjoy this epic final season in October,” said McIntosh.

Season two of The Walking Dead: World Beyond concludes the epic story of Iris (Royale), Hope (Mansour), Elton (Cantu), and Silas (Cumpston) -- four friends who journeyed across the country on a mission that transformed everything they knew about themselves and the world. As they face off against the mysterious Civic Republic Military and fight for control of their own destiny, goals will shift, bonds will form and crumble, and innocence will be both lost and found. Produced and distributed by AMC Studios, the series is executive produced by Co-Creators Gimple and Showrunner Negrete, Robert Kirkman, Gale Anne Hurd, David Alpert, and Brian Bockrath.

Upcoming The Beast Must Die [AMC]