Horror-Theatrical The Witch - In theaters February 19, 2016

Plot: New England in the 1630s: William and Katherine lead a devout Christian life with five children, homesteading on the edge of an impassable wilderness. When their newborn son vanishes and crops fail, the family turns on one another. Beyond their worst fears, a supernatural evil lurks in the nearby wood.[/MOVIE1][POSTER1] 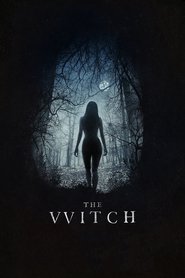 A24 has revealed the haunting first trailer for The Witch, which took home Best Director honors for newcomer Robert Eggers at this year’s Sundance Film Festival. Check out The Witchtrailer below along with the new poster in the gallery!

Set in New England circa 1630, The Witch follows a farmer who get cast out of his colonial plantation and is forced to move his family to a remote plot of land on the edge of an ominous forest rumored to be controlled by witches. Almost immediately, strange and unsettling things begin to happen-the animals turn violent, the crops fail, and one of the children disappears, only to return seemingly possessed by an evil spirit. As suspicion and paranoia mount, everyone begins to point the finger at teenage daughter Thomasin. They accuse her of witchcraft, which she adamantly denies…but as circumstances become more and more treacherous, each family member’s faith, loyalty, and love will be tested in shocking and unforgettable ways.

Starring Anya Taylor Joy, Ralph Ineson, Kate Dickie, Harvey Scrimshaw, Ellie Grainger and Lucas Dawson, The Witch is written and directed by former art director/production designer Robert Eggers, whose work on the film has been praised for its period authenticity.

The Witch will have its International Premiere at the 2015 Toronto International Film Festival as a Special Presentation. A24 will release the film sometime in 2016.
Click to expand...

Last edited by a moderator: Jan 13, 2016
Reactions: nekromantik, tridon, Asopp and 2 others

Chris finch from the office too!
Reactions: bloodsnake007

@bloodsnake007 they had great reception during tiff. Was hoping to watch this but they had later festival show date so I missed it. But couple of friends who saw it said 'twas very good
Reactions: bloodsnake007

rj531 said:
@bloodsnake007 they had great reception during tiff. Was hoping to watch this but they had later festival show date so I missed it. But couple of friends who saw it said 'twas very good
Click to expand...

Can't wait get the Ninja scared out of me!

This looks awesome!
Am VERY excited for it.
Reactions: bloodsnake007 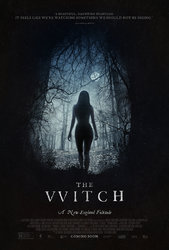 I'm really looking forward to being scared silly by this!
There's something deeply unsettling being isolated by the woods

Only 5 more days till this releases in Ireland, super stoked to see it!
Reactions: bloodsnake007
Show hidden low quality content

Netflix The King - In theaters and streaming on Netflix Fall 2019