Netflix will develop and produce a new show based on The Witcher Saga, the series of eight novels by Andrzej Sapkowski that inspired the hugely popular CD Projekt Red RPG games.

Sapkowski - who does not profit from the game series - will serve as a creative consultant on the series. “I’m thrilled that Netflix will be doing an adaptation of my stories," he explained in a press release, "staying true to the source material and the themes that I have spent over thirty years writing."

Tomas Baginski - who directed the intro videos for all three Witcher games, as well as the Cyberpunk 2077 teaser trailer - will direct at least one episode per season.

It's not clear as yet what specific stories the series will follow. Executive producers Sean Daniel and Jason Brown (The Expanse), said: “The Witcher stories follow an unconventional family that comes together to fight for truth in a dangerous world. The characters are original, funny and constantly surprising and we can’t wait to bring them to life at Netflix, the perfect home for innovative storytelling.”

Platige Image, a Polish production and visual effects house will co-produce. Executive producers Baginski and Jarek Sawko emphasised that the books' subtexts will not be lost in the adaptation: "There is a moral and intellectual depth in these books which goes beyond genre. It is a story about today and today’s challenges, hidden under a fantasy cover. It is a story about us, about the monster and the hero inside all of our hearts.”

No release date, casting, or further directorial choices have been revealed at time of writing. 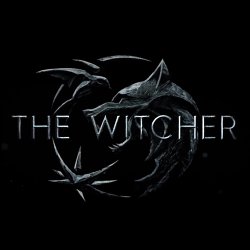 Netflix is developing and producing a new English-language drama series based on The Witcher, the globally popular fantasy saga from Polish writer Andrzej Sapkowski, that has entranced legions of fans worldwide. Known collectively as The Witcher saga, Sapkowski’s eight novels and story collections center on “witchers” — hunters who develop supernatural abilities at a young age to battle deadly monsters. The New York Times best-selling books have spawned a major video game franchise and have been translated into over 20 languages.

Henry Cavill has been cast as Geralt of Rivia.

kaw said:
Henry Cavill has been cast as Geralt of Rivia.

Henry Cavill has been cast as Geralt of Rivia? WHAT?!

There's been no official statement, but reports are saying they finished shooting today. Bring on the trailer! Oww Man! I'm sooo looking forward to this. It looks as though a lot of work went into the making of this.

Has anyone started watching this yet!
Show hidden low quality content