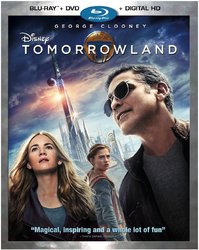 Thanks for the heads up Franky, I'm waiting to see to this one...

Britt should really be wearing sunglasses (like Mr. Clooney). Protect those eyes kids.
I saw this in theaters and it just really didn't click for me. But it's a cool looking slip for those who are buying it. I like how Disney slips consistently have a cool looking border around the front.

I already have the Zavvi Steelbook on order but this looks pretty sweet. I guess I'll be picking it up too. NB: Old Picture in OP of the Front Amaray SlipCover is no longer on item page, it was replaced by this current one.
I called Amazon to ask why they removed picture of the slipcover and replaced it with this one and they could
not know why.

@Apollon can a mod Update this picture in the OP as this is the new picture on Amazon.com + old picture in OP of the SlipCover if possible to keep it and to put it under a Spoiler as ''old picture Artwork'' ? that would be helpful thank you 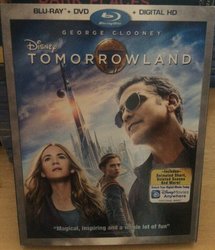