In backing up your Blu-rays to MKV file format for your HTPC or for whatever reason, has anyone found a way to transcode Dolby Atmos? I've tried using Handbrake and Pavtube Byte Copy and I get errors when trying to parse the Atmos audio track. I also have RipBot264 but I'm guessing I'm going to have the same issues as the previous two.

When trying to transcode Jupiter Ascending the only English audio track is a Dolby Atmos track. So I went to the Internet to try and find an answer to my dilemma. The only thing I've come across is a references to a tool called "eac3to" but have no prior knowledge about it, also I'm not quite understanding what it does or if it's even what I need to get the job done.

Does anyone have any ideas on how to get this done? 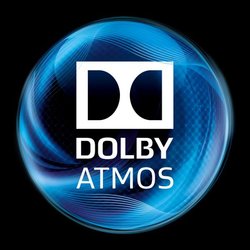 I'm sure the Handbrake guys will have a solution soon enough...
Reactions: Savage Clown

Well the answer to my question was right in front of me the whole time. A while back I switched from using RipBot264 to using Handbrake so today after I got home from work I reinstalled the latest version of RipBot264 again with updated Avisynth, ffdshow and Haali Media Splitter and it will mux Dolby Atmos right from the get-go. I was like "Oh hell yeah!". So the latest version of Handbrake won't decode Atmos but RipBot264 will. Just a little hiccup, now back to creating my digital library for my HTPC.

Well I was wrong after all, RipBot264 will see that the source is Dolby Atmos but it will not decode or re encode it into a audio file and imbed it in an MKV file. In fact my entire collection I had down mixed DTS HD MA, Dolbt TrueHD and Dolby Atmos to the core DTS. Especially with Atmos and TrueHD because they are audio that has a core DTS that's imbedded within the audio. So I set out to find how I can keep my precious audio the way it was because my equipment can properly play those audio sources.

Then I found out that DVDFab has a Blu-ray Ripper that will ask you if you want to preserve the HD audio. I was like YES! I don't know a whole lot about the Atmos audio format but I can tell you that it is similar to TrueHD with an embedded audio stream. DVDFab treats Atmos just the same as TrueHD. I'm wondering if Dolby didn't just slap the Atmos name on certain titles and it's really only just TrueHD. I can tell you this though, my MKV's with TrueHD sound just as good as the source Blu-ray.

Now I've got a Drobo raid/NAS system that has 18TB worth of capacity and I'm sort of close to filling that. My MKV files range anywhere between 16GB - 32GB a piece and with my entire collection encoded that's quite a bit of space. Of course what do I care, if my drobo says I'm running low I pull the smallest drive and replace it with one that twice if not three times it's size so I haphazardly would continue encoding more and more movie with no concern of running out of space. Now since this audio issue that I've finally figured out I'm looking at re encoding my collection but instead of using the H.264 codec I'm wanting to encode using HEVC or (High Efficiency Video Coding) which is the H.265 codec. The only thing is that there are no hardware decoders that can properly decode and re encode H.265, it's all don't software based.

I tried to re encode using the same settings I use for my H.264 encodes, which would be a CFS of 16 and to also keep the preserved HD audio. Man! The encoding times range anywhere from 6-14 hours for a 2-hour movie.

I was like damn! it would take a freakin' eon to re encode my collection. I hear the only video card hardware to natively support the H.265 is the GeForce GTX 960, it also has 1024 CUDA Cores. A lot of these video encoding apps can use the Cuda technology and if you have an ATI/AMD video card that they have an equivelent.

So does anyone have any tips or experience on encoding HEVC (H.265) and make the encoding work correctly and not take so long? I hear the file sizes of MKV files are like half the size. That would be perfect for my collection.

I guess nobody that frequents this section hasn't had much experience in encoding Blu-ray to MKV using the HEVC (h.265) codec. Understandable considering that h.265 hasn't been out for very long and quite a few devices still don't support it yet. The encoding is pretty much still only software encoding unless of course you have a graphics card that is a GTX 960, 970 or 980 but only the GTX 960 can natively hardware decode h.265. That there took some digging to find out. I assumed that since the GTX 960 supported hardware decoding that it's newer lineup would also decode it too and haphazardly dropped an Asus GTX 970 in my wishlist over at NewEgg. Glad I did the research and I pulled it from my wishlist and dropped a 960 in it's place.

I've been playing around with the codec for only a couple of days now. So far I've only encoded four Blu-rays into MKV using the h.265 codec and each one took around 6.5 hours to encode except for one which took 7.5 hours. Now mind you I have an FX model 8-core AMD processor, 32GB of RAM and a Sapphire HD 6870 (no ATI stream support on this card at all). Now I have 385 movies left to re encode using the h.265 codec.

I've also been testing different quality setting for each encode and have yielded a little difference in file size. My h.264 version of Chappie was around 17GB and now with h.265 it's file size is almost 4GB, Jupiter Ascending was almost 15GB and as you can see below it it now 7.25GB. Both movies were encoded at CFS 18 which is about standard.

Here's some media info on a couple of those files.


Code:
Code:
Anyways I haven't had that much experience with HEVC but if you have a question I'll certainly try and answer it.