Plot: The third installment of Disney's 'Tron' franchise, set to be a soft-reboot starring Jared Leto as the main protagonist. 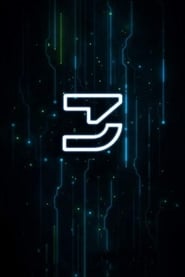 The release of TRON: Legacy on DVD and Blu-Ray yesterday has inevitably sparked a renewed interest in discussions about the future of the TRON franchise. Despite a worldwide gross of $399 million, there’s been a pervasive attitude that TRON: Legacy actually fell far short of expectations and that a third film was no longer a guarantee.

It became clear fairly early on in TRON: Legacy‘s development that Disney was not interested in simply cashing in on the nostalgia audiences felt for the original 1982 film – the sequel was intended to lay the groundwork for a potential franchise. In fact, there was already a TRON 3 script in development eight months before Legacy‘s release.

The film itself contains several allusions to which direction a third TRON might take, and the recently released epilogue and viral teaser indicate that the filmmakers already have a basic story mapped out. However, that kind of foresight doesn’t mean much if the numbers don’t warrant another installment. When it came to TRON: Legacy‘s mammoth marketing campaign, Disney definitely followed the old adage that to make money, you have to spend money – and many theorized that at the end of the day, the film simply didn’t earn enough of a profit.

Nevertheless, rumors surfaced back in January that Disney was getting ready to pull the trigger on TRON 3, and now Deadline confirms that the project is indeed moving forward. The studio may have had higher hopes for Legacy, but with the combination of its box office gross, DVD pre-sales, and lucrative merchandising tie-ins, they’re not ready to give up on the franchise just yet.

Director Joseph Kosinski is expected to return for TRON 3 and is currently working on the story with Legacy screenwriters Edward Kitsis and Adam Horowitz. Disney may have backed out of producing Kosinski’s next film, Oblivion, but apparently that hasn’t soured their relationship.

In fact, thanks to TRON: Legacy, Kosinki has emerged as the highest-grossing first-time director of a live-action film in history (the previous record holder was J.J. Abrams for Mission: Impossible III). Deadline also offers some additional perspective on the film’s box office performance:

Its performance certainly compares well to other 2D films that launched franchises. Tron: Legacy out-grossed the Chris Nolan-directed Batman Begins ($373 million) and the Abrams-directed Star Trek ($386 million), both of which were based on brands far more famous than the long-forgotten 1982 original Tron. For that matter, Tron: Legacy out-grossed The Bourne Identity ($214 million) and its sequel The Bourne Supremacy ($288 million). It also bested X-Men Origins: Wolverine ($373 million), National Treasure ($347 million) and The Fast and the Furious ($207 million).

There are countless other factors to consider (such as the inflated cost for 3D tickets and the previously-mentioned marketing expenses), but the fact remains that Disney still believes in the TRON brand – which, in addition to TRON 3, also includes the upcoming animated series, TRON: Uprising.

My only hope is that the filmmakers take into consideration some of the overriding criticisms associated with TRON: Legacy – many of which were centered around the film’s script. I didn’t have a problem with the actual story, necessarily, but rather with the way it was told. For all its visual splendor, I found it ironic that (for the most part) Legacy failed to follow the most fundamental rule of storytelling: show, don’t tell. The copious amounts of exposition were clunky and I thought the pacing was a little frustrating.

However, the iconography of this series is incredibly strong and resonant – so I still think TRON 3 has a lot of potential.

As per The Hollywood Reporter, seems like this is back on track:

The sequel to the 2010 reboot Tron: Legacy — called Tron 3 in some quarters — is moving a step forward with Disney in negotiations to hire Jesse Wigutow to pen the latest draft of the script.

Joseph Kosinski, who directed Legacy, is attached to helm this installment, which is being developed with a renewed purpose under Alan Horn, who took the reigns of Disney Studios in June.
Click to expand...

Let's hope for the best!

I was just thinking about Tron the other day( was really thinking about Olivia Wilde in that black get up).I was wondering if they were ever going to do anything else, let's go Disney get this done.

It's official, Part 3 is in the works!

Joseph Kosinski is back as director.

Olivia Wilde and Garrett Hedlund are set to return for Disney’s Tron 3.

The pair will reprise their characters from 2010’s Tron: Legacy in the sequel that is being directed by Joseph Kosinski.

Legacy was the sequel to the 1982 sci-fi film that took place inside a computer world known as the Grid and starred Jeff Bridges and Bruce Boxleitner. While not a hit at the time, it later drew a big cult following and became an influence on filmmakers and pop culture.

Decades later, Disney revisited the world with Legacy. The story revealed that the computer programmer character played by Bridges had a son (Hedlund) who jumps into the Grid to find his father. Wilde was Quorra, an algorithm made flesh who also happened to kick butt.

Disney has been developing a sequel to Legacy since the movie grossed $400 million worldwide. Hedlund in 2012 said he would return to the visual effects-heavy franchise but that was when the project was circling a 2014 start.

The project is now looking to shoot this fall, likely in Vancouver. Plot details are being kept offline.
Reactions: Lakerone, Noodles, Drum18 and 2 others

TRON 3 WHAT!!! This is awesome news

I love the tron movies, cant wait to see this one

Have to be honest, never watched the first Tron movie, but watched Tron Legacy. Visually amazing and great 3D, but that's about it. Very empty and hollow, but will definitely still check out the next one. More Olivia Wilde is always a good thing.

I didn't watch the original Tron until after seeing Tron Legacy, which I absolutely loved! Thankfully I enjoyed Tron too. Really looking forward to Tron 3... especially now it's been confirmed that Olivia Wilde will be reprising her role as Quorra.

Oh, and I'd love to see Daft Punk do the soundtrack again too!
Reactions: doblbj2k

Did anyone watch Tron: Uprising?
it was a really good animated tv series that i wish more people checked out. It did a great job expanding on the films.


Really happy that they are making a 3rd film! Loved Legacy.
Reactions: bloodsnake007 and Lakerone
D

Totally agree about Daft Punk. That was another clear standout positive from Legacy. The soundtrack was amazing and fitting of the tone of Tron. One of the better OST in the last few years.
Reactions: Sigill, bloodsnake007 and Noodles

kaw said:
Did anyone watch Tron: Uprising?
it was a really good animated tv series that i wish more people checked out. It did a great job expanding on the films.


Really happy that they are making a 3rd film! Loved Legacy.
Click to expand...

Did watch the animated series, was really well done, wish they would have done more...

If they can't get Daft Punk maybe they could try getting Cliff Martinez.
Reactions: Noodles

Prazzers said:
If they can't get Daft Punk maybe they could try getting Cliff Martinez.
Click to expand...

I'd be down for that! I also think M83's music would suit this movie perfectly too.

Excellent news! Legacy was awesome, and the Daft Punk soundtrack....

The soundtrack was ******* awesome, hope they will continue with the 3rd one
Reactions: IRON MAN and earthscope

Noodles said:
I'd be down for that! I also think M83's music would suit this movie perfectly too.
Click to expand...

Unfortunately Disney is not moving forward with Tron 3, I myself am disappointed as this was my favorite Disney film from recent years.