Warcradle Studios is an active publisher of dynamic tabletop games, using cutting edge design technology to bring the tabletop to life in spectacular fashion. We design, manufacture and sell high-quality gaming miniatures and tabletop scenery. We also distribute worldwide, supplying retail stores with some of the most sought-after tabletop games on the market. Warcradle Studios, established in 2016, is a trading name of Wayland Games Limited. 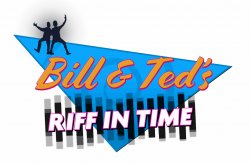 Warcradle Studios is set to release the official “Bill & Ted’s Riff In Time” board game allowing gamers to travel through time and restore history.

Warcradle Studios have announced Bill & Ted’s Riff In Time, the official board game based off of the “Bill and Ted’s Excellent Adventure” film franchise in partnership with Creative Licensing. This new board game set in the universe of Bill & Ted, follows the iconic duo as they set off on their next quest through time, after the events of “Bill & Ted’s Bogus Journey.”

In Bill & Ted’s Riff in Time, players take on the role of Bill S. Preston, Ted Theodore Logan, Elizabeth Logan, Joanna Preston, cooperatively tracking down historical characters who have become adrift throughout history. Once players have located the historical figures, they must return them to their correct points in time to close the rifts. However, the further the game progresses, the more time constraints become apparent with consequences to each action.

Players progress on a thematic cardboard game board, with multiple game elements, authentic to the franchise. Players can only win the game if they return all of the Personages of Historical Significance to their correct points in history and close the time rift found there - all before the most important rift in San Dimas fractures beyond repair. This game requires real team-work from players to ensure they can achieve the objective and save the universe!

Bill & Ted’s Riff in Time is expected to be available to pre-order from 8th September for Warcradle Distribution customers and released for pre-order to game retailers worldwide three weeks later on the 30th September: at an expected retail price of £39.95. 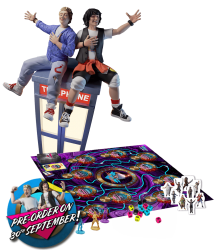 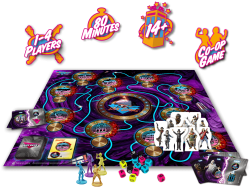