The series, which is set to be written and showrun by Smallville alums Alfred Gough and Miles Millar, is reported set to bring the family in to the modern day and would center on young Wednesday Addams and her view on the world of 2020. In addition to writing and showrunning, Gough and Millar are set to executive produce the project alongside Burton, who is currently in negotiations to executive produce the series as well as possibly directing all episodes of the update, while MGM TV, who owns the rights to the franchise, are attached to produce.
Click to expand... 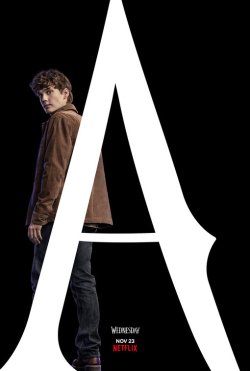 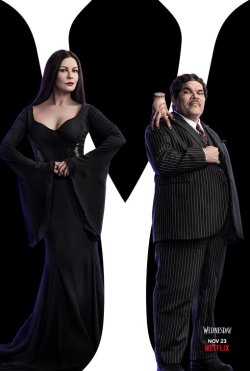 Flloydo said:
This might be Tim Burtons best work since sleepy hollow and big fish

Damn, forgotten how long it's been since Tim Burton was making top tier films.
Those two were right up there, Big Fish is classically underrated.
Reactions: Flloydo

Honestly this show is kinda perfect.

Ortega is perfectly cast, she is absolutely smashing the role. Thing is awesome too.
Only got 3 episodes left!

Tim Burton only directs the first 4 episodes which is a shame, would of loved it is he did them all
Reactions: Noodles

Yeah, can't praise Ortega enough. She was born for this role. Freakin' love her!

Also, how perfect would Emma Myers (Enid) be as a live-action Gwen Stacey?!

Burtons first 4 episodes were the strongest of the series. Real shame he didn’t direct it all. But over all loved it

This fell off towards the end IMO. She basically just kept suspecting folks (without any concrete evidence) until she eventually got the right person lol. Doubt I would've even watched the whole thing if it weren't for Jenna Ortega's performance tbh.

Just looking back at these posters... why the hell was she given one? She's literally just a background character that didn't even have any lines IIRC. They should've given a poster to Gwendoline at least!

Netflix has some serious issue with this renewal thing. They cancel 1899 and Warrior Nun and renew this weird sh1t. Warrior Nun definitely wasn't per ratings on axe, same as 1899... Bruh...
Show hidden low quality content