Discuss your favorite releases here and stay on the lookout for new titles to be released. 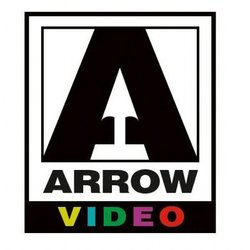 Thank you for your patience while we resolve the issues with this release, we understand how frustrating this must have been. Please note; whether you have purchased the Limited Edition UHD (FCD2197) or Limited Edition Blu-ray (FCD2285), you are eligible for a replacement disc of the format you... So you might be wondering why this month's AV announcements are looking much slimmer than usual. Don't worry, it's not a signal that things are going down the tubes at Arrow HQ - quite the opposite. (1/8)

As you may be aware, we've had a few QC issues recently that have necessitated replacement programs as well as some embarrassing errors on our packaging. This has not gone without note at Arrow HQ and we’ve been discussing ways to prevent it in future. (2/8)

While the majority of these issues have been unanticipated and we've acted as quickly as possible to correct them, we're well aware that it only takes a handful of mistakes to endanger some fans' confidence in us, especially when replacement programs are involved. (3/8)

With that in mind, we've decided to only release two titles each in August and September, in order to discuss and implement an even more rigorous QC process, as well as giving us the space to finish work on some especially demanding projects (hello, Shawscope Vol 2!). (4/8)

This "circuit breaker" will also give us the opportunity to restructure the team following some sad departures (farewell, @Frangipane13)

With these aims in mind. We're also on the lookout for QC freelancers; please send your CVs to [email protected] to be considered. (5/8)

Will this mean we'll promise that there will never be any mistakes or replacement progs ever again? Of course not; sometimes these things are truly beyond our control. But we recognise that there are weaknesses in our current workflow and are doing what we can to fix this. (6/8)

We hope this goes some way to repairing any damage to our reputation and customer goodwill. We care very deeply about our releases providing the best experience from top to bottom, and take it seriously when we fall short of this aim. (7/8)

We'll be back to our usual size schedule in October, which work is already well underway on.
The coming year should be our most exciting yet, with something to please everyone, including some of our most-requested titles! (8/8)
Last edited: May 29, 2022
Reactions: jonnybobbytimmy


This was the post from James Flower
Well, shucks, thanks for the kind words everyone; it's certainly a relief to see you all take the Twitter thread in the spirit in which it was intended, as opposed to some elsewhere who went straight to catastrophising and unwarranted cynicism. Then again, I'm not convinced there's anything that anyone could say to stop said persons from doing so!

Fran's departure is keenly felt on a personal level by all of us here (though we're all rooting for Radiance to be a huge success!), but for those of you speculating what effect it will have on Arrow's releases to come: Fran would be the first to say that he's not done much of the way of hands-on producing at Arrow for quite a while now, at least since I joined in 2018. Indeed, much of his desire to set up Radiance is wanting to get back to being more hands-on in a way that he's not been able to in recent years, following the rapid growth of Arrow as a company and ceding production responsibilities to colleagues like myself, Michael Mackenzie and Jasper Sharp while he took on more of an upper management position. So if you've enjoyed our releases recently already, that baseline standard isn't going anywhere as the same producers (myself included) as before will be working just as hard.

In terms of acquisitions and the general tone/approach of Arrow's catalogue going forward, I've seen a ton of speculation about whether this will immediately change with Fran's leaving, in addition to the long-standing questions about whether the THG acquisition has affected our choice of titles. I can safely say a big fat "no" in both cases - Fran has overseen deals on a substantial number of films we'll be releasing over the next two to three years, on top of which Kevin Lambert is still very much involved and is every bit as knowledgeable and savvy.

With regards THG, they have zero involvement or say in our acquisitions and never have done.
The trend towards more commercial titles on the whole and the winding down of the Academy label pre-dates the THG deal and is more to do with Arrow now being a company of a certain size that requires a certain amount of profit to cover its overhead (again, even preceding THG) that means less commercial titles are inevitably going to be less frequent.

That doesn't mean we've dumped Academy-style releases altogether though, even if they're in the minority - for one, I'm currently working on a boxset of films by an acclaimed contemporary arthouse filmmaker that is very much within the Academy wheelhouse and I think will make a lot of people on this board happy. The way these things generally work is in cycles, based on whichever bunch of films from a certain deal we're currently working through - so for a while it may be Sony titles, or Toei titles, or Fortune Star titles, then it pivots to Universal titles, or Celestial titles, or MK2 titles, then we get another Sony deal, and another Toei deal, and the cycle begins anew... so basically, hang in there and if there isn't something you're interested in one month, or even for a few months, there will probably be something eventually. Ultimately we're just responding to what's available (not as much as you'd think), what interests us (a lot more than you'd think) and of course what sells well. While I am indeed largely focused on HK action titles at the moment (not entirely by choice, they're just incredibly demanding films to oversee and I'm the one who's become the in-house specialist by default!), there's plenty of variety to go around and I'll be across at least some of it. I'll never understand people (not referring to any posts here, more on Facebook etc) complaining about Arrow not releasing specific types of films anymore or having to change with the times; the amount of companies working in the sector has ballooned over the years and there's an extraordinary amount of choice out there. We can't possibly do all of the films so isn't it brilliant that there are plenty of other labels working hard at picking up the slack where we can't? I suppose in a way it's a backhanded compliment...

Anyway, tldr - Fran's left us an incredibly strong foundation over the last decade plus, and we hope everyone continues to follow us while we build upon that foundation, as well as iron out some of the issues we've had recently in terms of quality control. (Now waiting for someone to hysterically accuse me of "damage control" in 3, 2...)
Reactions: MrSquifler

Amazon USA are price matching on some releases also Explore our list of 50% Off Arrow Video at Barnes & Noble®. Get your order fast and stress free with free curbside pickup. Only Videodrome is of interest here. Take Back the Night seems to be a new movie, haven't seen it yet.
Show hidden low quality content

A Fugitive From the Past (Blu-ray) (Arrow Video USA) [USA]